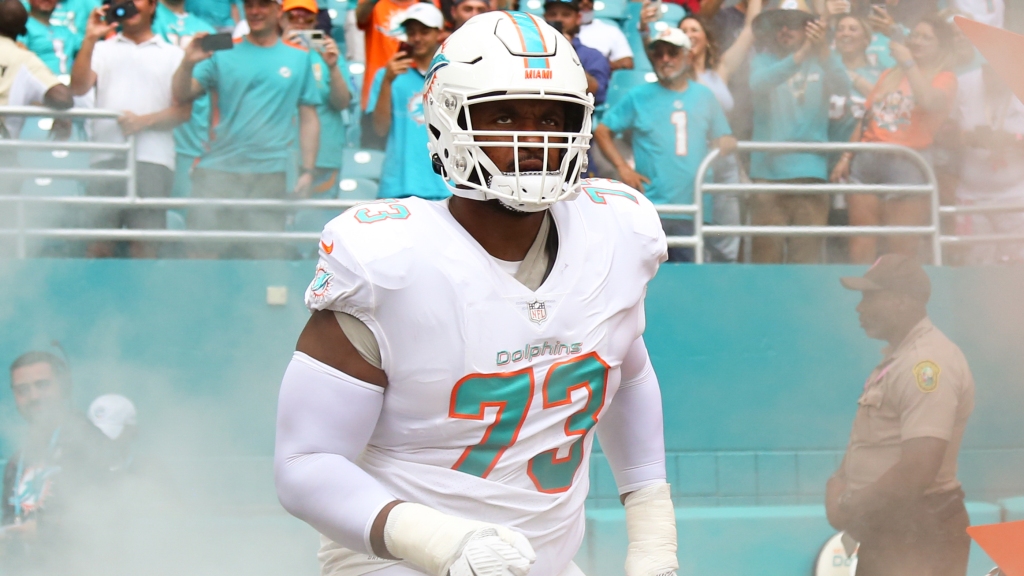 During Sunday afternoon’s victory over the New England Patriots, the Miami Dolphins suffered two injuries that kept players out for the remainder of the game.

Then, just a few minutes later, tight end Cethan Carter suffered a head injury in kick coverage. The injury appeared to be pretty serious, as it took Carter some time to get to his feet before being carted back to the locker room.

“He stayed in uniform and could’ve gone back in, in an emergency situation,” McDaniel said of Jackson. “It’s serious enough that we’re getting some more eyes on it. We’ll be continuing along the process to have the best medical information on him moving forward. To be determined.”

Little would likely start if Jackson isn’t able to go against the Baltimore Ravens this week, but Miami may consider elevating one of their practice squad tackles or signing a free agent as well.

“He’s in the concussion protocol,” McDaniel said of Carter. “You guys know how that goes. That is, of all things, the most case-by-case basis. We’ll be taking it as such moving forward.”

Carter’s role is primarily on specials, so the Dolphins don’t need to necessarily replace his snaps with another tight end. However, this is something to watch, as it’s at least the third concussion in the last four seasons.