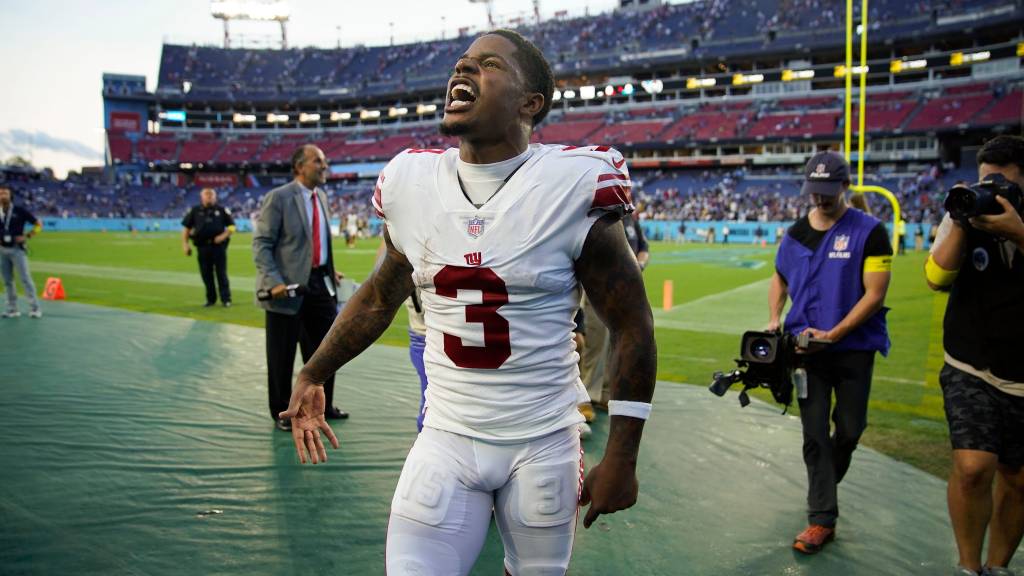 The New York Giants rallied in a big way on Sunday afternoon, storming back from 13 points down to stun the Tennessee Titans on a touchdown and two-point conversion with 1:06 remaining in the game.

The victory was the team’s first on opening weekend since 2016 and the first of the Brian Daboll era. It was also a special moment for the coach on a personal level.

“How was I feeling? I was hoping the sumbitch would miss it,” Daboll said of the Titan’s potential game-winning field goal. “You know, it’s funny. It’s a special moment because it’s my first win but last year coming here for the Buffalo game, I lost my grandfather on the airplane as I was landing. So, that was weighing heavy on me after the game.”

For many players, the victory represents a significant shift in approach and attitude. It also represents a long-awaited culture change, which could not have been more evident following the game.

Back in the locker-room, the feeling was electric.

“It’s his first of many, not only his,” running back Saquon Barkley said after the game. “It’s exciting. It’s a new era. . . We’re excited. We appreciate him. And that’s why he deserved the game ball.”