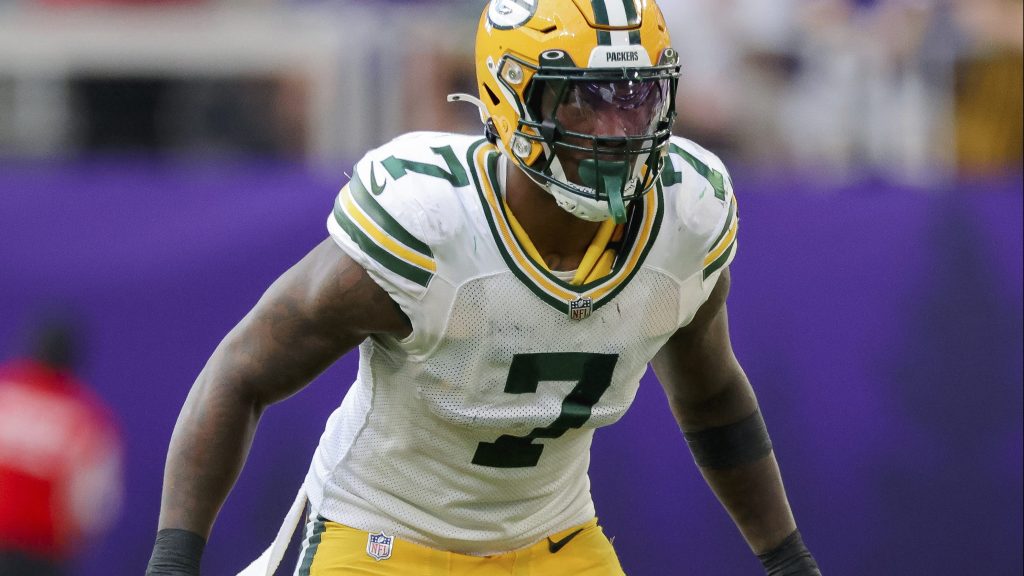 Green Bay Packers rookie linebacker Quay Walker avoided a significant injury and will have a chance to play during Sunday’s home opener against the Chicago Bears.

Walker, the team’s top draft pick and a starter at linebacker, left the Packers’ Week 1 loss to the Minnesota Vikings during the second half with a shoulder injury.

Coach Matt LaFleur said he’ll give Walker a chance to heal this week before deciding on his playing status in Week 2.

“We’ll give Quay the week, but we’re hopeful that he’ll be back and ready to roll,” LaFleur said Monday.

The Packers host the Bears on “Sunday Night Football” this week.

Walker played 38 total snaps in his NFL debut against the Vikings. He finished with nine tackles, including five qualifying at Pro Football Focus as a “stop,” or a tackle creating an offensive failure.

LaFleur said Walker had a “shaky” first series against the Vikings but eventually settled in and responded well.

“I think there was a lot of good things,” LaFleur said.

Going through some “growing pains” is part of the process as a rookie.

“I love how he responded. I love the way he was flying around. I thought he was physical,” LaFleur said. “I think he’s got a bright future. He’s just got to keep trying to learn, and there’s no better learning tool than getting those game reps.”

“That was some good news today,” LaFleur said.