Takeaways from Bucs Victory at Dallas 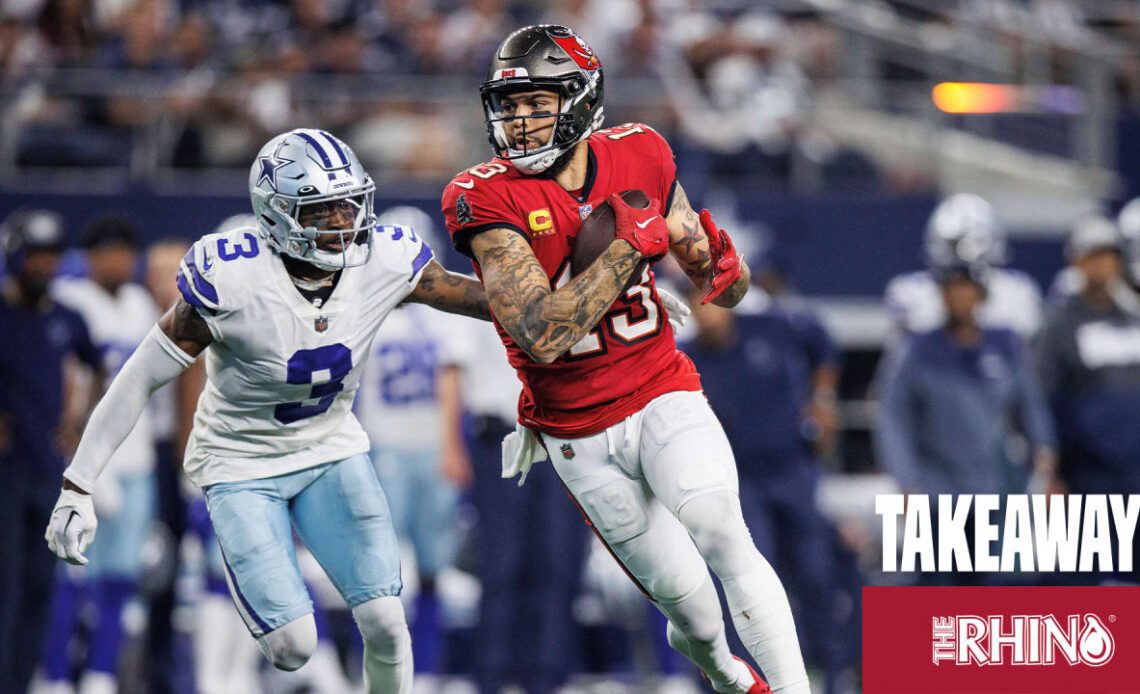 In Sunday’s marquee matchup at AT&T Stadium, several players emerged on the turf for the Tampa Bay Buccaneers. During the 60-minute competitive clash, the Bucs imposed their will. With a balanced offensive attack and a formidable defense, Tampa Bay tallied its first win of the regular season. From injury updates to top performances, here are the top takeaways from the Bucs’ Week One showdown.

Left tackle Donovan Smith exited the game midway through the second quarter with an elbow injury. On Monday, Head Coach Todd Bowles confirmed the specifics of the sustained injury. “He’s got a hyperextended elbow,” said Bowles. “It’s a pain tolerance thing, so he’s pretty sore right now. We’ll monitor him during the week.” The Bucs will take his situation day-by-day, with the hope of Smith playing Sunday against the division rival New Orleans Saints.

Two drives after Smith’s injury and 19 plays into Sunday’s meeting, wide receiver Chris Godwin limped to the sideline. After making a five-yard catch on a quick out route, Godwin exited the game with a hamstring injury and did not return. Bowles gave a sigh of relief from the podium on Monday, revealing the injury to be less significant than the staff originally believed. “It all depends on how the treatment goes and how he feels,” Bowles described. “Hopefully we’ll have him back sooner rather than later.”

In his opening debut since suffering a torn ACL and MCL in his right knee against the Saints in December’s Week 15 loss, Godwin compiled a 24-yard gain off a screen on the Bucs’ first offensive play of the game. He totaled three catches for 35 yards and although he did not make it out of the game unscathed as hoped, his surgically repaired knee is fine. The two injuries are unrelated, and the hamstring injury becomes another step in the comeback process.

On offense, Byron Leftwich dialed up a winning formula and adjusted as the game wore on. In the first half, the Bucs took advantage of the Cowboys’ single-high safety look by getting receivers to the perimeter with out routes, comebacks and screens. Tampa Bay utilized the ground game in the second half to slow down the Cowboys’ pass rush after Micah Parsons had several successful plays to the left side of the formation. The Bucs began loading the line on the left side with receiver stalk blocks, tight end chips and pulls by offensive linemen. In the game, 15 of Fournette’s runs came to the left side of the…