Will Reichard Selected as SEC Special Teams Player of the Week 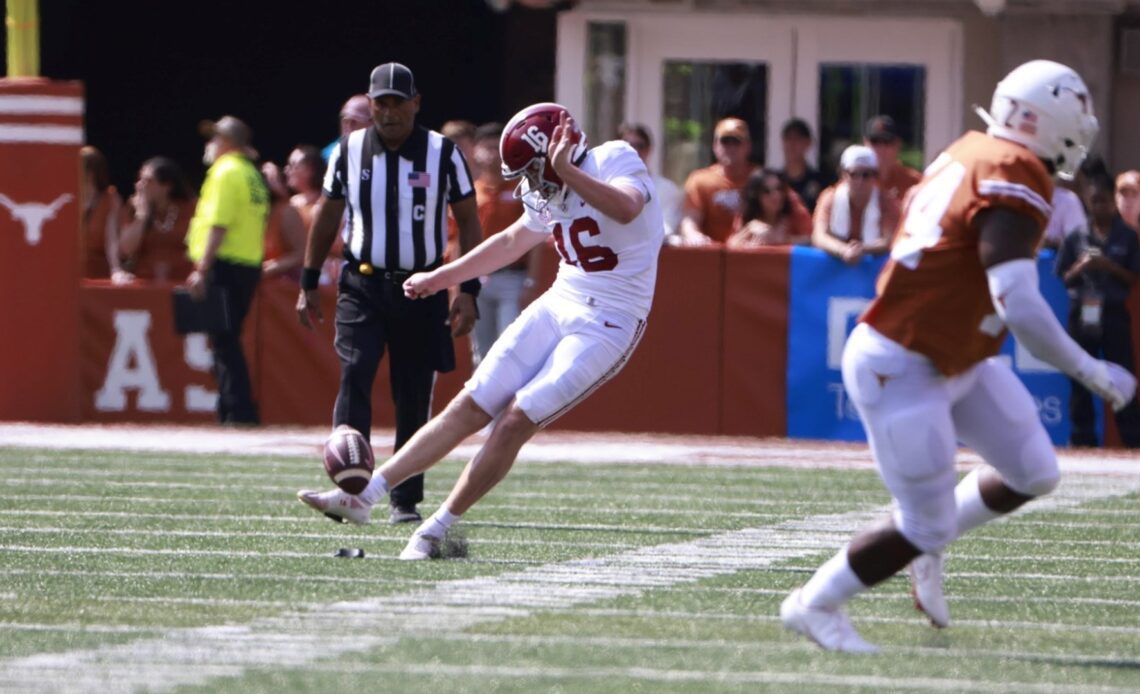 BIRMINGHAM, Ala. – Alabama placekicker Will Reichard was selected as the Southeastern Conference’s Special Teams Player of the Week, the league office announced Monday. The conference honor is Reichard’s second of his career (vs. Miami, 2021) and the Crimson Tide’s second this season.

Special Teams Player of the Week