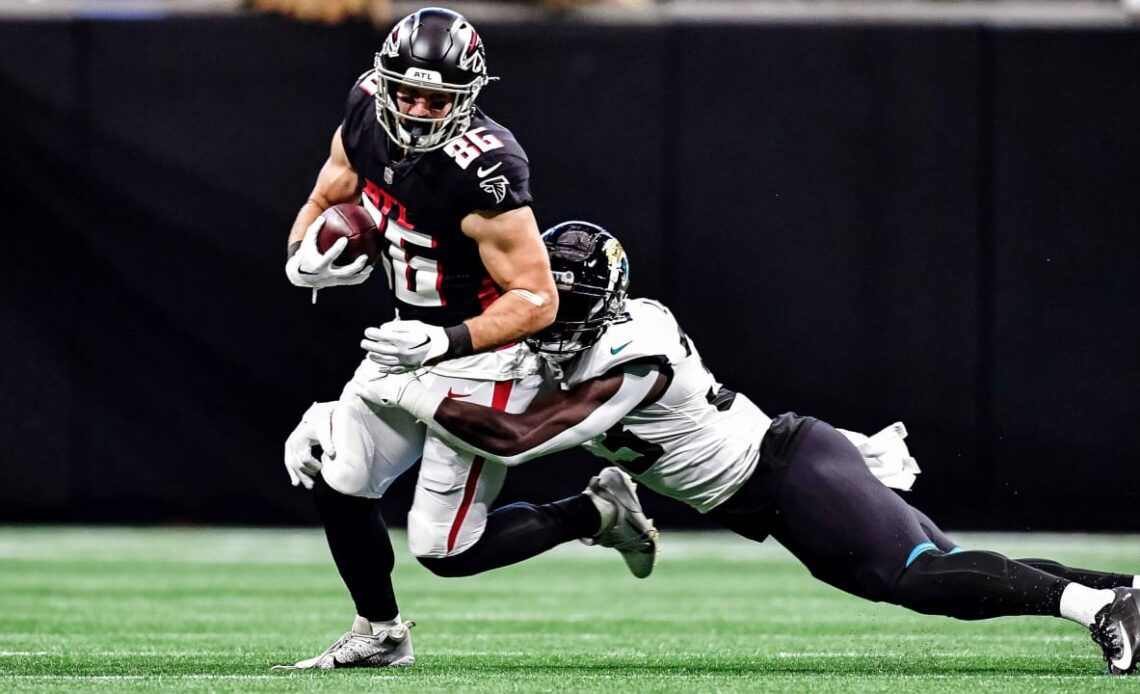 The Falcons have signed veteran tight end Anthony Firkser to the 53-man roster, the team announced on Tuesday.

Firkser has been with the Falcons since this offseason, after signing a one-year with the team this offseason. He was a surprise cut when the original 53-man roster was unveiled but was signed to the practice squad shortly after.

In an example of roster fluidity frequently discussed by Terry Fontenot and Arthur Smith, Firkser played Week 1 and a standard practice squad elevation and then signed to the active roster two days later.

FIrkser has plenty of experience in the NFL and with Smith after their time together in Tennessee. Firkser figures to be a factor in the Falcons offense as we move forward. Firkser is the fourth tight end on the roster alongside Kyle Pitts, Parker Hesse and Feleipe Franks.

There is no corresponding move to the Firkser promotion, as the roster was at 52 after releasing defensive tackle Abdullah Anderson – he’s now on the practice squad — on Saturday.

Smith likes to use multiple tight ends in his offense, often at the same time, so adding another one makes sense moving forward.

In other news, the Falcons have signed cornerback Dylan Mabin to the practice squad. He has played games for the Raiders and Vikings but spent most of his career on practice squads.