Offense will be ready to adjust after A.J. Brown’s breakout game 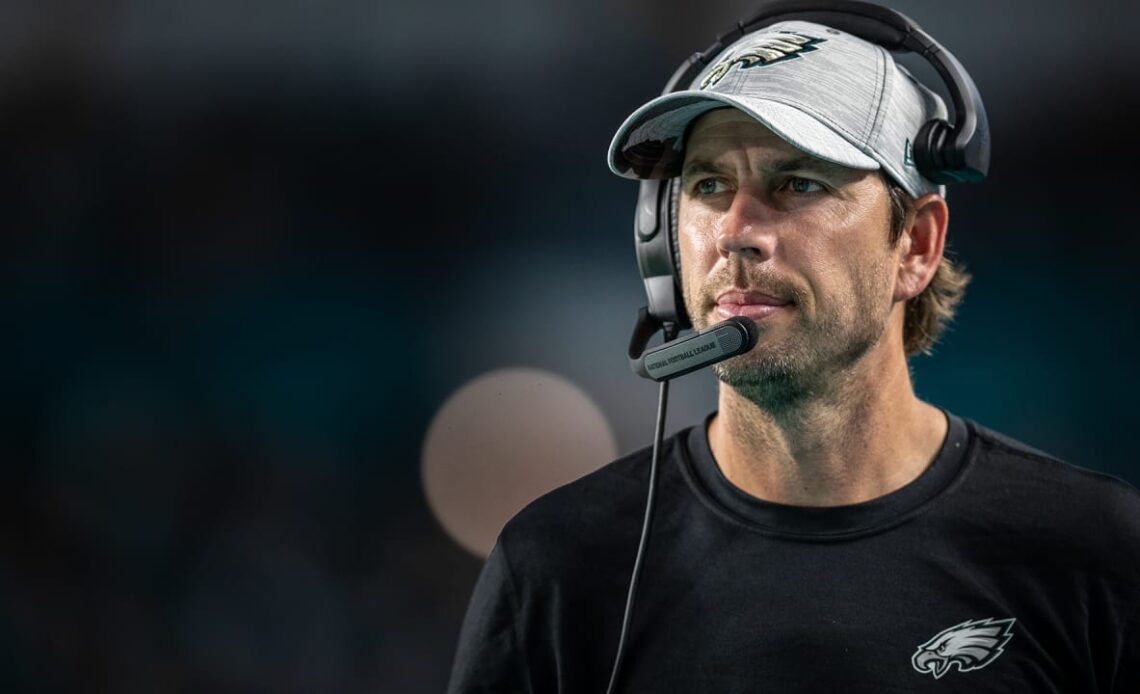 Brown got the lion’s share of looks, henceforth receiving substantial attention and praise after recording 10 catches for 155 yards. But Steichen assures that target distribution is not a point of contention within the offense. Instead, they share a goal, and that goal is to win.

“You know what the best part is? This group in general, they’re all selfless, and this is an ultimate team game, and it’s all about winning. Those guys understand that,” he said.

Brown got the most touches this week, but that’s no prediction of how it will be week to week. Now that Brown and Hurts’ undeniable connection is on the map, it’s not unlikely that upcoming opponents will game plan to disrupt it. And when they do, Hurts will have plenty of trusted, high-caliber teammates to look to.

“I think anytime a guy like A.J., he has 10 catches for 155, teams have to be aware of that. We have to be ready to adjust,” said Steichen. “That’s the beauty of having three studs, along with Quez is a stud, that if they start rolling to certain guys or whoever it is and how they start to play guys, we have to go through our reads and go from there.”