Titans Travel to Buffalo for Monday Night Battle with Bills 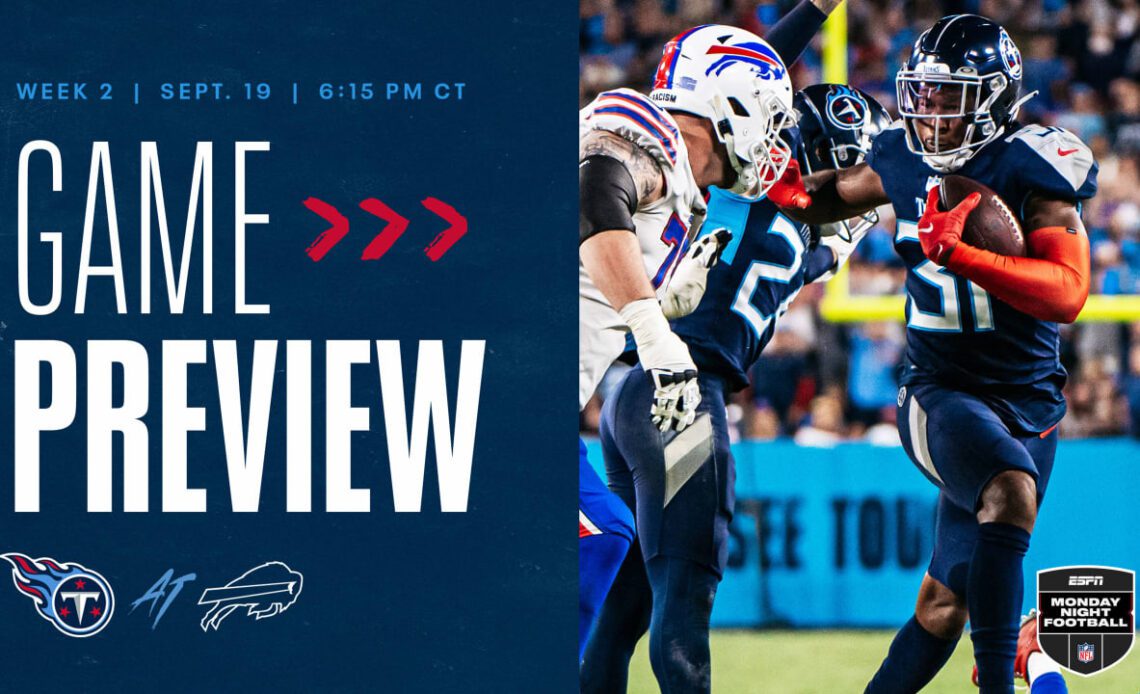 This is the fifth consecutive season in which Titans and Bills have met, the third consecutive season in which they have played in primetime, and the second straight year they have been featured on Monday Night Football. The Titans won the last two primetime matchups, including a Tuesday night contest in 2020 and their 2021 Monday night clash, each of which was played in Nashville.

This is the 50th all-time contest between the organizations, two charter members of the American Football League. The Titans lead the all-time series 30-19, which includes a 2-1 advantage for the Bills in the postseason.

ESPN will broadcast the game to a national audience, while the telecast also can be seen locally in Nashville on WZTV Fox 17. The broadcast team includes play-by-play announcer Steve Levy, analysts Louis Riddick and Dan Orlovsky, and reporter Laura Rutledge.

Fans in Nashville can stream live Titans games with the newly-launched NFL+ subscription service, which offers access to all local games and all primetime games on phones and tablets, live local and national audio for every NFL game, and more.

The Titans Radio Network and Nashville flagship 104.5 The Zone carry all Titans games across the Mid-South with the “Voice of the Titans” Mike Keith, analyst Dave McGinnis, sideline reporter Amie Wells and gameday host Rhett Bryan.

Additionally, Westwood One Sports will broadcast the game to a national radio audience. Play-by-play announcer Tom McCarthy and analyst Ross Tucker have the call.

The Titans opened the season last week at home against the New York Giants. They never trailed until late in the fourth quarter, when Giants running back Saquon Barkley scored on a two-point conversion to put his team ahead…