‘We need to improve quick, and we will’ 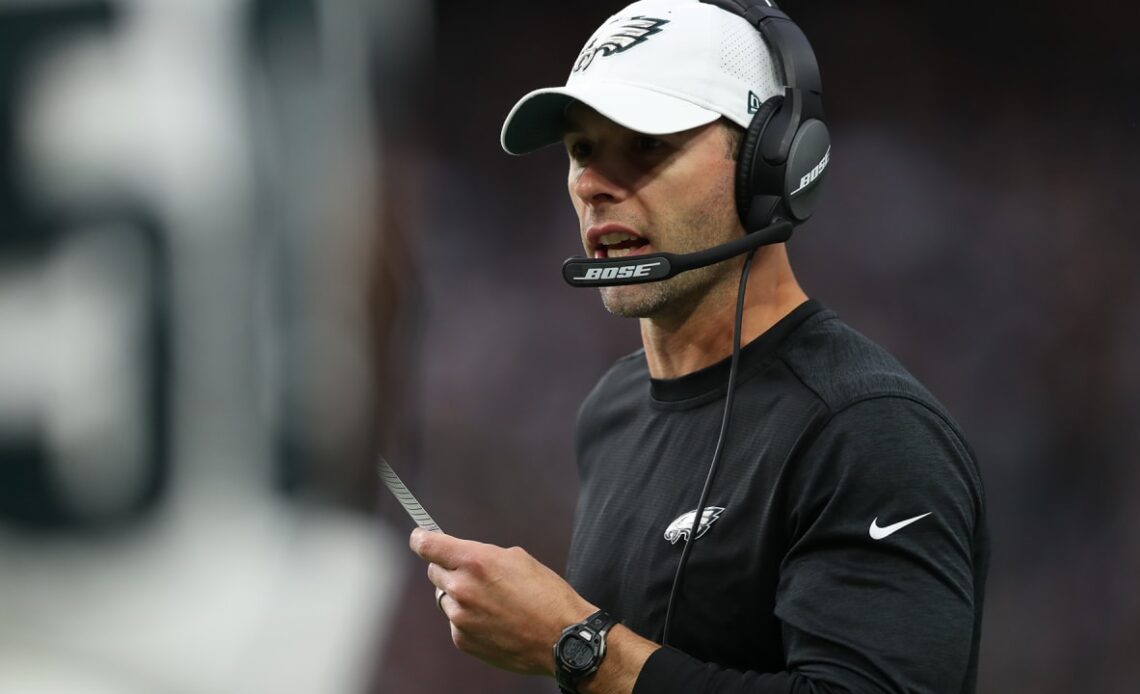 Jonathan Gannon knows what is coming to Philadelphia on Monday night: A Minnesota Vikings offense that features quarterback Kirk Cousins, wide receivers Justin Jefferson and Adam Thielen, and running back Dalvin Cook, fronted by a big, physical offensive line. The Eagles’ defense has its hands full in every sense of the word.

“Explosive. They’ve got some explosive people over there, and the quarterback is a really good player – knows where to go with the ball, comes out fast,” Gannon said on Tuesday at his weekly press conference at the NovaCare Complex. “Obviously, they’ve got some wideouts and a back, I was with a couple of those guys and they’re really good players, so we’re going to have to be on it to give ourselves a chance to win on Monday.”

Jefferson is the headliner in his third season. Jefferson caught 196 passes for more than 3,000 yards and 17 touchdowns in his first two seasons and then opened up 2022 with nine receptions, 184 yards, and a pair of touchdowns in Minnesota’s Week 1 win over Green Bay. It’s going to be a great matchup of Jefferson and Thielen against the Eagles’ outstanding cornerback duo of Darius Slay and James Bradberry.

“He’s a special player. I don’t rank guys, but he’s up there in that top group,” Gannon said of Jefferson. “He can beat you all different types of ways. When you’re looking at his game, he’s not a one-dimensional guy. He can take the roof off, he can beat you underneath, he can beat you with yards after catch. They do a really good job of deploying him in different ways, so it’s hard to have a plan for him to always have two guys on him.

“It’s going to be a good challenge for us and we’ll be up for it.”

Gannon had a mixed review of the team’s defensive performance in Detroit, a 38-35 win in which the Eagles, Gannon felt, missed some opportunities to put the game away. This is usually the case early in the NFL as teams discover who they are – a game is played, corrections are made, and the next performance is evaluated.

For Gannon, Sunday was very much a learning experience.

“Obviously, a lot of things we need to clean up and looking forward to that opportunity that I think is very clear to the coaches and the players after watching the game what we need to improve on quickly from an execution standpoint, from a technique standpoint,” he said. “I thought we did some good things, but 35 points (allowed) is not good enough. We had a chance to put that game away a couple different times, I thought, and we didn’t…