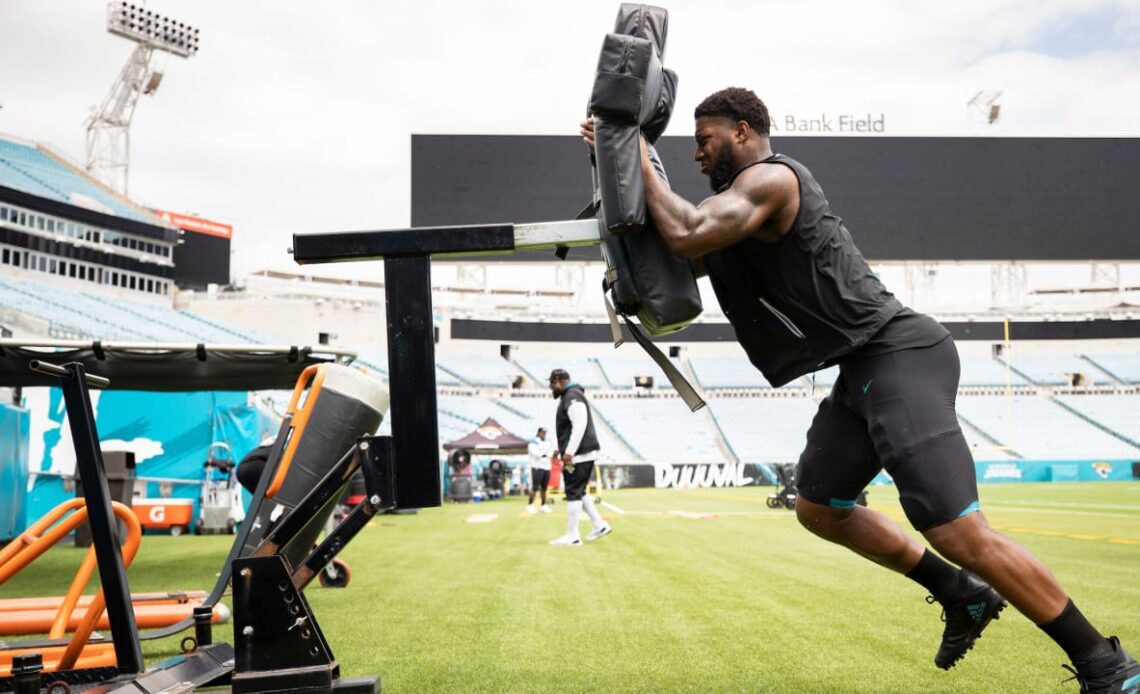 “I’m a believer that you throw to score in this league and you run to win,” Pederson said, adding that the Jaguars monitor play-calling during the game “just to make sure we staying as balanced as we can.”

“Obviously if there’s a hot running back or receiver, you try to find more ways in the game plan to keep getting them the football,” he said. “You just keep finding ways to get those guys the ball.”

Pederson noted that Etienne was targeted on two red-zone incompletions Sunday, one on which quarterback Trevor Lawrence missed a complete-able throw and another on which Etienne didn’t complete the reception on fourth-and-goal from the 3.

Pederson also on Wednesday said the game “solidified who James Robinson is for us,” with the third-year veteran performing at a high level and emerging from the game healthy after missing all four preseason games while returning from an Achilles that forced him to miss the final two 2021 regular-season games.

Robinson, a third-year veteran, led the Jaguars in rushing each of the last two seasons.

“I’d obviously seen him on tape, but we didn’t really see much preseason other than in practice late,” said Pederson, who took over as the Jaguars’ head coach on February 6. “What he was able to do kind of excites you moving forward. It’s good to have two different runners like that. You can mix the run game up, mix the play-action pass up, the screen game – whatever it might be.”