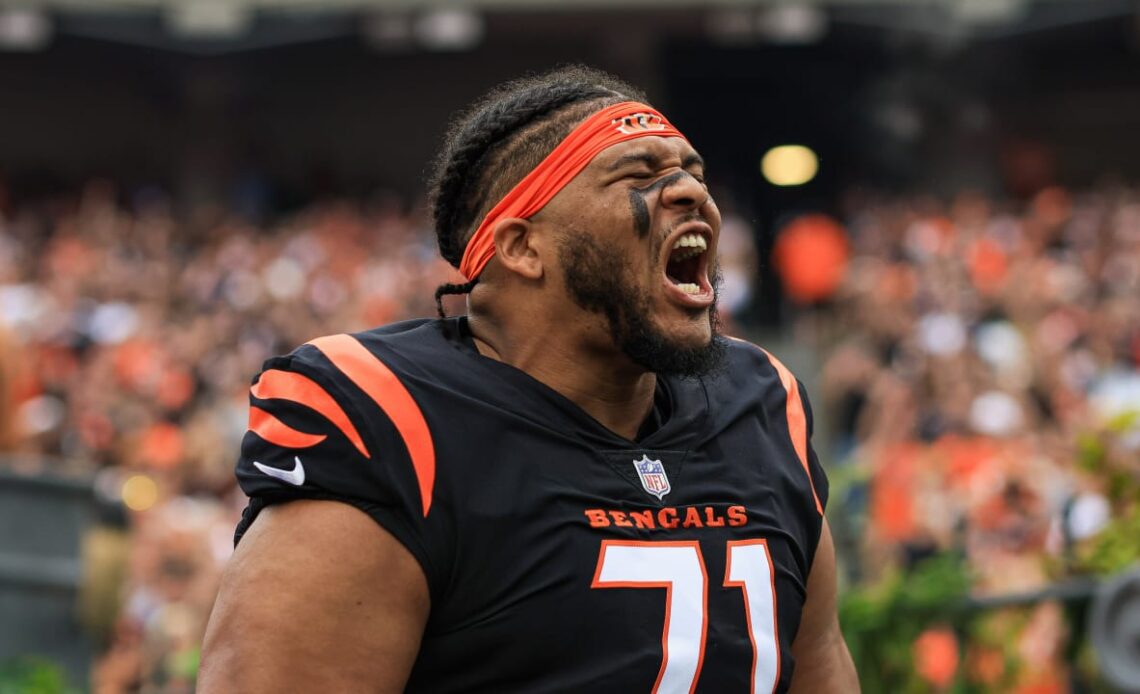 La’el Collins made it a point to call Cincinnati home before Thursday’s practice as he discussed Sunday’s return to Dallas (4:25 p.m.-Cincinnati’s Local 12), the place he rose to prominence as one the league’s better right tackles during the seven previous seasons.

Cowboys owner Jerry Jones, who famously pursued Collins in the wake of the 2015 draft, appeared to give him a little shot when he told the media this week that he watched tape of Collins’ Bengals debut last Sunday against the Steelers.

Collins, projected as a first-round pick, fell out of the draft when he was dragged into a police investigation and cleared at a late hour. Jones then recruited him, hosting him at his home in a meeting that also included then-Cowboys offensive line coach Frank Pollack.

It was the first of three contracts Collins signed with Jones. The Cowboys released him back in March after he missed the 2020 season with hip surgery and five games in 2021 when he fought a missed drug testing suspension.

“I’m very grateful for Jerry, he’s a phenomenal owner,” Collins said. “He changed my family’s life for generations. I’m forever thankful for that and the opportunity he gave me and believing in me. I was there seven years. The whole Jones family. I’m forever grateful for them.”

It sounds like both sides were looking to turn the page. The Bengals offensive line needed a powerful, physical and veteran leader and Collins fit the bill. And Collins leaped at a reunion with Pollack, the Bengals current line coach.

“At this stage of my career, any player wants to be coached and coached hard, and wants that feedback,” Collins said. “I think Frank does a great job at that. Obviously, playing a position is all about the Johnny and Joes and not the Xs and Os. It’s just one of those things.”

Collins had a bit of a tussle Sunday with NFL Defensive Player of the Year T.J. Watt, but he also allowed just one pressure on…