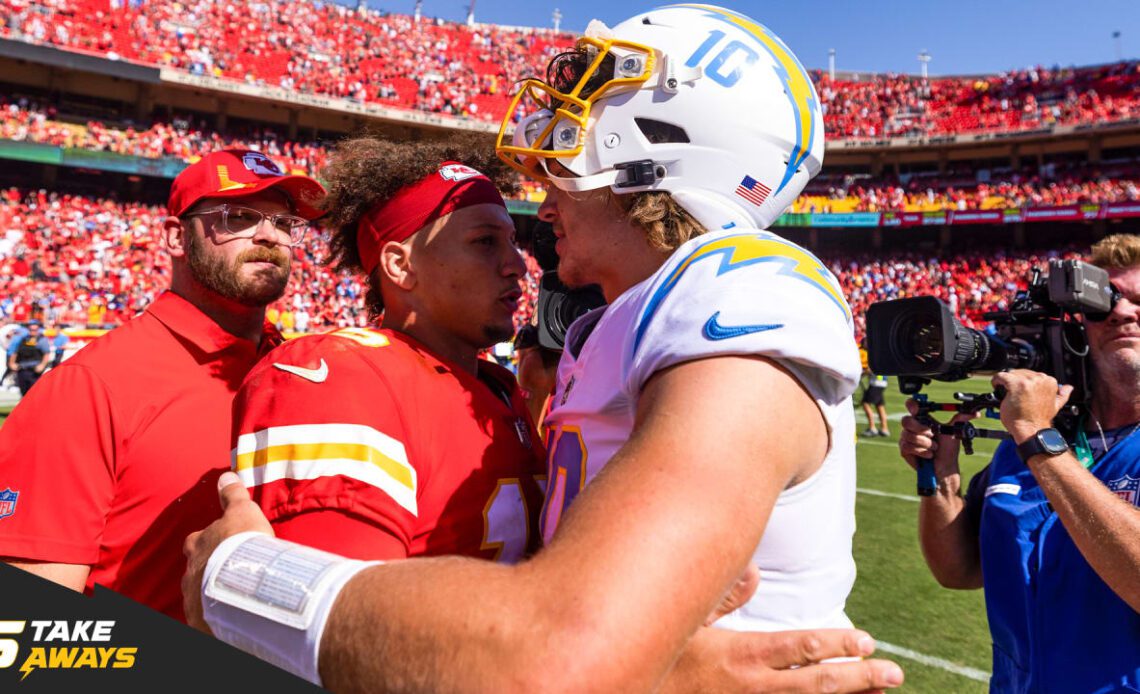 Here are five final thoughts as the Chargers get ready for Thursday night’s primetime game against the Chiefs:

The environment will be loud as the Chiefs — already one of the most talented teams in the league — host their home opener in primetime.

How do you try and erase that homefield advantage? Have Justin Herbert at quarterback.

That was the message from Chargers Head Coach Brandon Staley this week, who said the Bolts will follow their quarterback into Arrowhead Stadium with full belief.

“I think any time you go up into a matchup like this, when you feel like you have the quarterback to go into any environment and be able to win that game, you have the confidence to win it,” Staley said. “I think on the road is the biggest place where you’re going to determine your success, I think, in today’s football, if you don’t have an elite quarterback then you better be loaded everywhere else. That’s hard to do nowadays with the way the [salary] cap is, to engineer a team that way.

Thursday will be the fourth matchup between Herbert and Mahomes. The pair of quarterbacks are young, talented and cornerstone pieces of their respective franchises.

And make no mistake about it, the Bolts have plenty of respect for Mahomes, who has a Super Bowl ring and has led the Chiefs to four straight AFC title games.

“I have a lot of respect for Patrick. He’s an incredible quarterback, has had a lot of success in this league over the past few years,” Herbert said. “Any time you get to play against him, it’s always a great opportunity to…