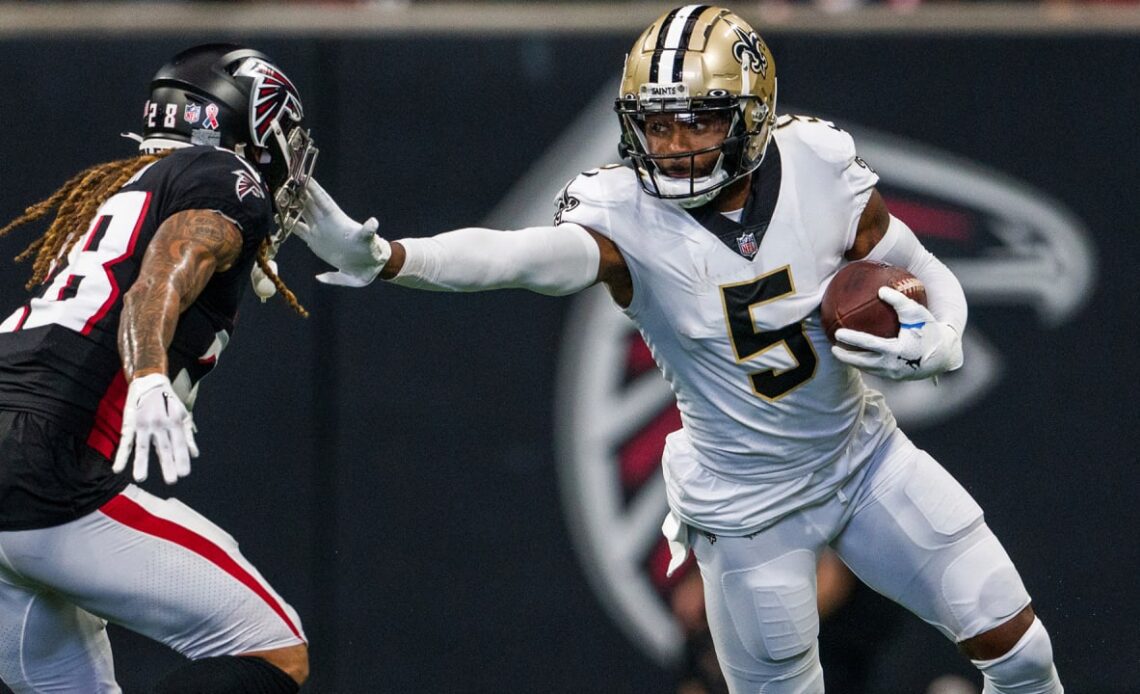 Landry lined up wide left, Olave was in the slot inside of him and Thomas lined up outside on the right.

“That play is put in for those situations,” Landry said. “We knew the ball was going to go up to one of the three of us, and a play was going to need to be made.”

“The urgency was there,” he said. “It was all or nothing at that point for us. We began a two-minute type of offense, guys started to make plays, we were able to push the ball down the field, get some catch-and-runs and before you know it, we were scoring points and the defense was getting us the ball back.”

Two forced punts and limiting Atlanta to a field goal gave the offense a chance, and Landry helped the unit cash in. Winston said he didn’t expect anything less, having developed a rapport while working with Landry during the summer, before Landry became a Saint.

“It started in the offseason, and it started in Miami,” Winston said. “We got some great work there. He just knows when to turn it on and play football. He’s an elite football player, he’s been doing this for a long time. So when the lights come on, he’s ready.”

And when Landry visited New Orleans as a free agent, Winston turned pitchman.

“When I saw him walking in the building, I was like, ‘Oh, man, I can’t let this one get away,’ ” Winston said. “Because he’s such a prominent player. He’s such a great leader and his love for the game is similar to mine. I love him.”