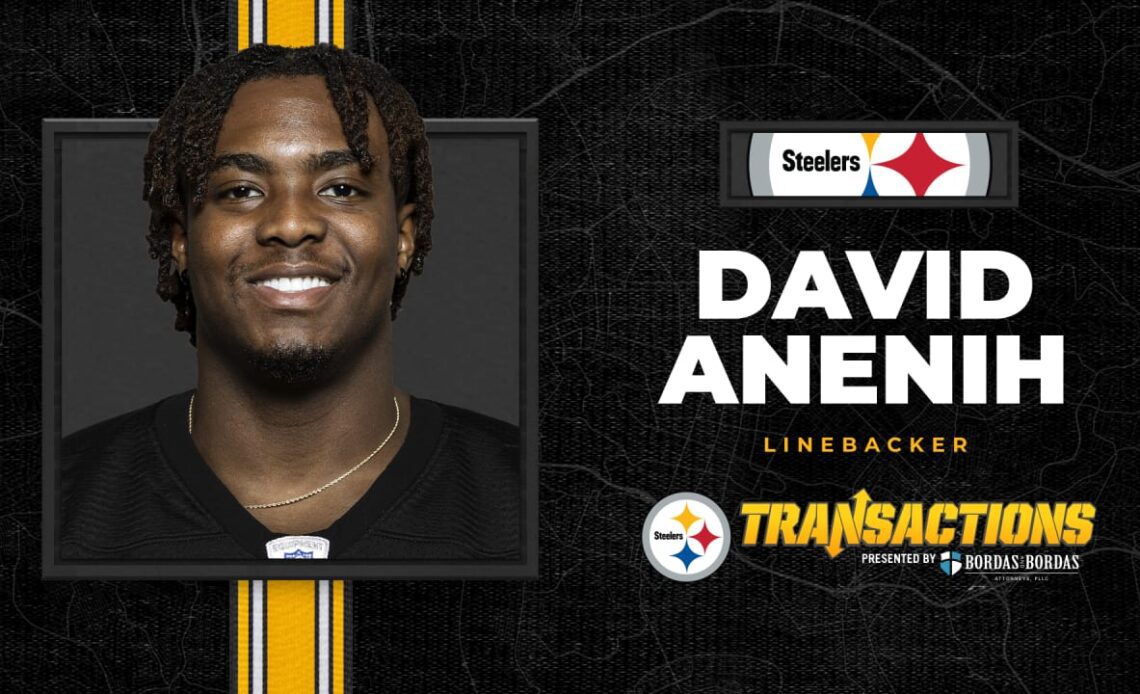 The Steelers signed outside linebacker David Anenih to the 53-man roster on Thursday. Anenih was on the Tennessee Titans practice squad before joining the Steelers.

The team also placed linebacker T.J. Watt on the Reserve/Injured List, after he was injured in the Steelers overtime win against the Cincinnati Bengals.

Anenih was originally signed by the Titans as an undrafted free agent following the 2022 NFL Draft. He was released on the final cutdown after the preseason and then signed to their practice squad. He played in three preseason games, leading the Titans with three sacks and three quarterback hits, as well as the leader with two forced fumbles and two passes defensed.

He played at the University of Houston where he played in 56 games, starting 29. He had 99 career tackles, 32 tackles for a loss, 20.5 sacks, seven passes defensed, four forced fumbles and one fumble recovery.

He started 14 games his final season at Houston and finished with a career-highs in tackles (30) and tackles for a loss (10). He also had five sacks, two passes defensed, a forced fumble and fumble recovery, while earning first-team all-conference honors.