Where Are They Now: Steve Thompson 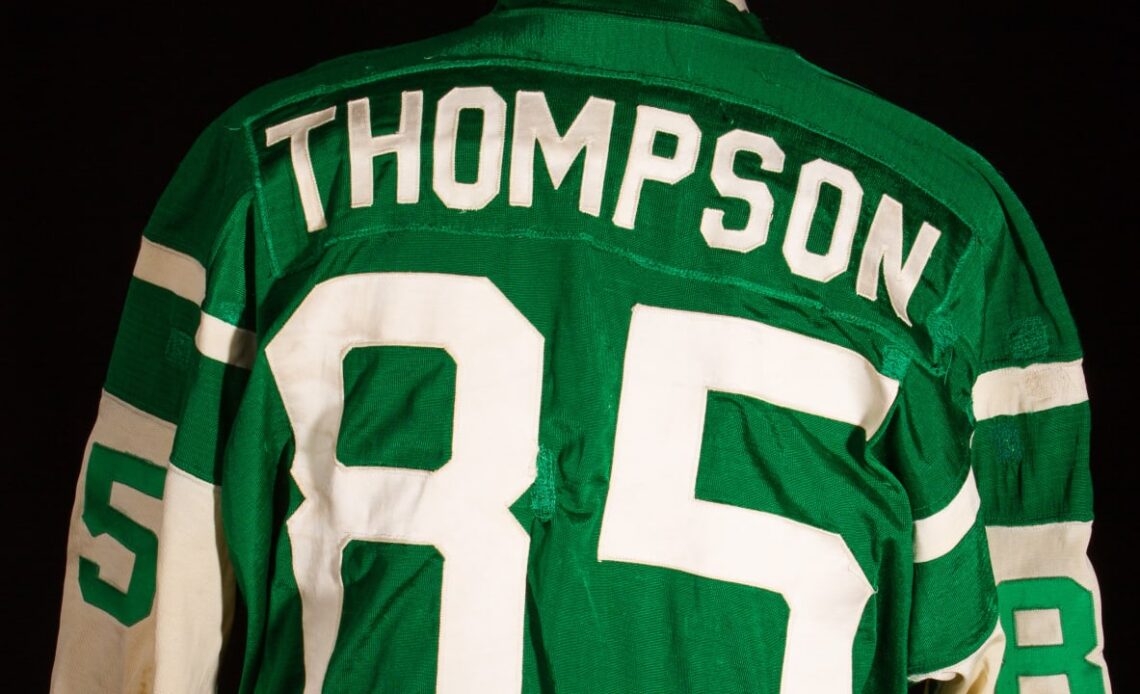 When Steve Thompson graduated from the University of Washington in 1968, news about the NFL wasn’t on television 24/7, and the word internet was a typo.

That’s why it’s understandable that the defensive lineman didn’t know who was coaching a team on the other side of the country. And why he deserved a pass when the Jets chose him in the second round of that year’s NFL Draft.

“This was a day of round television screens and lots of snow,” Thompson said. “We lived in Seattle and the 49ers and the Ram, those were the only games that we could get. And occasionally a Cowboy game. In fact, the only team that actually came and scouted me personally was the Cowboys. I thought, ‘Man, I’m going to be a Dallas Cowboy.’

“And then the Draft came and I get a phone call. Weeb Ewbank called and I didn’t know who Weeb Ewbank was from Adam. He said, ‘I’m the coach of the New York Jets. We just drafted you in the second round.’ Sometimes guys would listen to (the Draft on) the radio. I wasn’t. Didn’t even realize you could.

“So I was really shocked. I told my wife when I hung up, ‘I was drafted by the New York Jets.’ She said, ‘The Jets? Who are they?’ I said, ‘Well, they’ve got a guy named Joe Namath. He’s a really good quarterback. That’s all I know.'”

Thompson didn’t know much more about the team when he reported for Training Camp at Hofstra. Fortunately, he met a few veteran players who would take him under their wings.

“One really became a good friend, Winston Hill. He was on the offensive line and I was up against him quite a bit because I was playing defensive end, so there was a lot of back and forth between us,” Thompson said.

“I got to know him and Paul Crane, a couple of other Christian guys. I was a Christian and met with some of the guys in kind of a Bible study occasionally. But Winston Hill, and then eventually, Earlie Thomas. He became a really good friend. In fact, it was kind of a big deal because he was black and I, of course, was white, and they asked, ‘Who do you want…