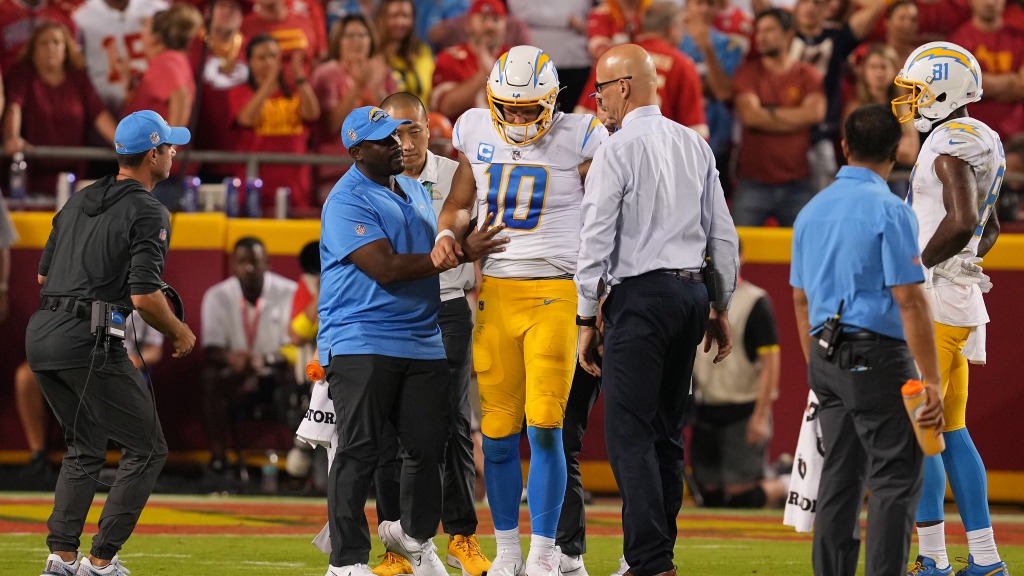 Chargers quarterback Justin Herbert went down hard in the fourth quarter against the Chiefs on a hit from defensive end Mike Danna to his midsection, leaving him on the ground in some pain.

Herbert got up, walked off the field, and sat out for a single play while trainers assessed him. He came back in the game but was still in pain, as evidenced by passing on a chance to run for a first down while in obvious discomfort.

Despite grimacing in pain, Herbert still made a couple of big throws upon returning to the field to cut the final margin to three, including a 35-yard laser to DeAndre Carter on fourth down. He followed that up with a seven-yard pass to Josh Palmer in the back of the end zone.

Following the game, head coach Brandon Staley said it was an abdominal issue, possibly ribs, adding that Herbert will be “OK.” Staley did not reveal the results of the x-rays, but he said that he is not concerned going forward.

Herbert will have three extra days to restore before taking on the Jaguars in Week 3. Nonetheless, the diagnosis, how much time it will take to heal, and whether or not he will miss time should all be revealed in the coming days.