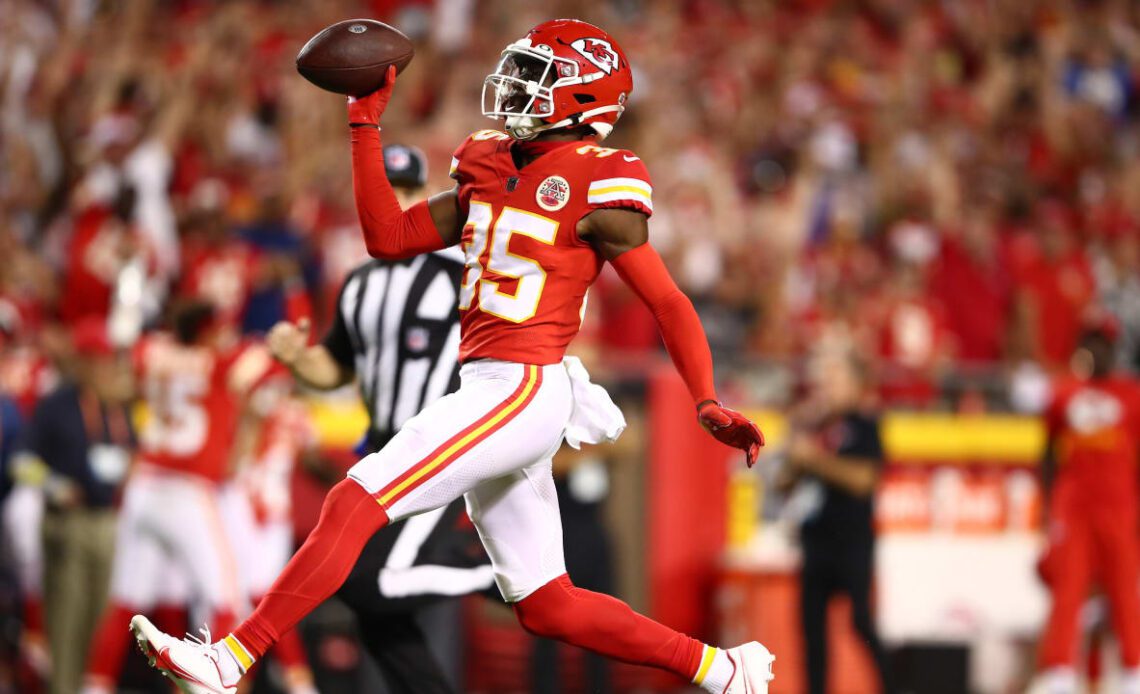 The Chargers went three-and-out on each of their next two drives, the latter of which included a sack of Herbert by defensive lineman Chris Jones at the Chargers’ 2-yard line. It was one of two sacks for Jones in the game.

That defensive stop created a short field for the Chiefs’ ensuing offensive possession, providing newly-signed kicker Matt Ammendola – who was filling in for the injured Harrison Butker – with an opportunity to connect on a game-tying, 19-yard field goal a bit later.

Los Angeles then seemed primed to answer on its next drive, but Watson picked off Herbert at the goal line and the rest was history. It wasn’t always pretty, but the collective determination on both sides of the ball to simply keep fighting paid off in a big way.

“The best thing that we did today is we stuck together as a team,” said safety Justin Reid. “Nobody got on each other’s tail. We stayed together. We kept playing the next play. When crunch time came, players made big plays.”

His favorite target on the night was tight end Travis Kelce, who hauled in five grabs for 51 yards. His 717 career receptions are now the sixth-most by a tight end in NFL history.

Altogether, the victory moved Kansas City to 42-13 vs. AFC West opponents since 2013, which is by far the best mark for any team against their own division in the NFL during that span. Mahomes, specifically, is now 22-3 in divisional matchups as a starter.

Additionally, the win was the Chiefs’ 28th victory since 2018 in which they trailed at some point during the game. They have the most such wins in the NFL during that span despite trailing in the third-fewest games (43) of any team.