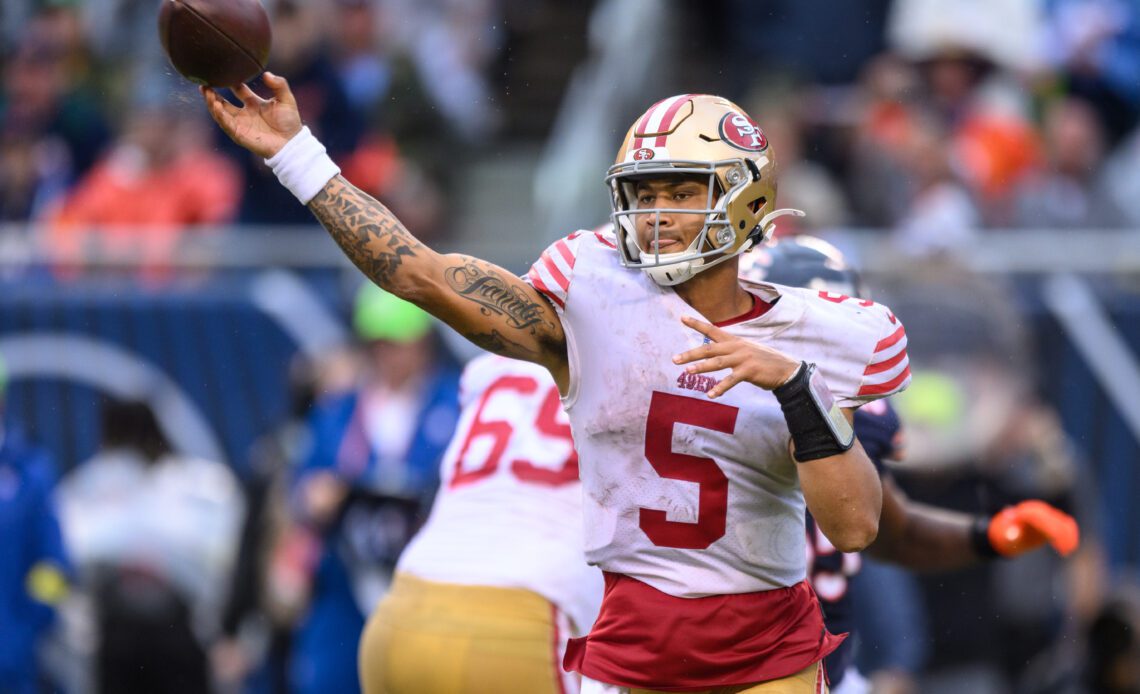 Week 1 was never going to definitively settle the Trey Lance debate, and his supporters and detractors alike will have found plenty to back up their argument in his performance in the surprise defeat to the Chicago Bears.

Lance finished with only 164 yards passing and threw a critical interception as the 49ers slumped to a 19-10 loss in the rain at Soldier Field.

While he missed some throws and was responsible for a key turnover, Lance made plays as a passer and a runner that served as an illustration of why the 49ers selected him third overall last year.

So how should we judge an uneven but still encouraging 2022 debut from Lance? A look back at the tape can help provide the answer.

For all the criticism, much of it unjustified, of Lance’s performance in Week 1, there should be no debate he produced throws that demonstrated why the 49ers made the move to trade three first-round picks to land him last year.

Per Pro Football Focus’ Jeff Deeney, Lance led the NFL with a big-time throw percentage of 6.9% after Week 1.

The first of those throws was a 31-yard strike to Brandon Aiyuk on the 49ers’ first drive. The play was a vintage Kyle Shanahan shot play, a two-man route combination with Aiyuk running a deep over and Jauan Jennings running a vertical route behind it.

It was a play executed to near perfection. The motion from Deebo Samuel and the play-fake to Elijah Mitchell hold the linebackers while Jennings occupies the field side corner and forces deep safety Jaquan Brisker to hesitate and collide with the boundary corner. Aiyuk is consequently left wide open and Lance does an impressive job of climbing the pocket and then produces an accurate on-time throw that sets Aiyuk up for significant yardage after the catch.

Shanahan staple, play-action two-man deep route. Jennings occupying the deep safety, laser from Lance to Aiyuk on the over. pic.twitter.com/yzeEtoBXdY

The throw that has received the most attention in the days following the opener, however, was Lance’s 20-yard connection with Ray-Ray McCloud, which set up San Francisco’s sole touchdown of the game.

Another play-action throw, the 49ers again heavily incorporated motion to set up a two-man concept, with Lance faking the ball to Mitchell and Deebo Samuel and Charlie Woerner coming across the formation, the latter to provide pass protection help…