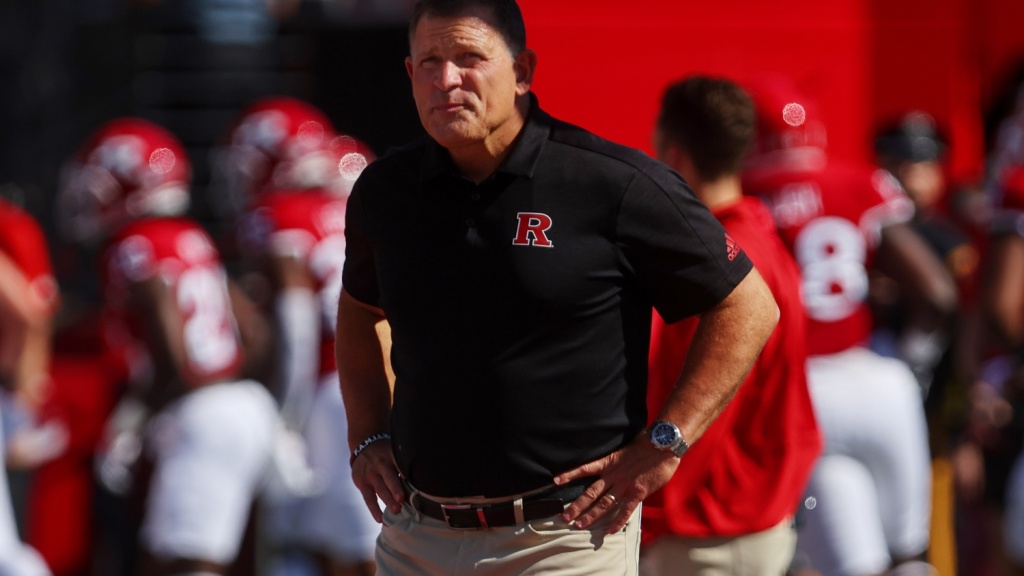 Off to a 2-0 start, Rutgers football seems to be pointing in the right direction in its third season under head coach Greg Schiano. And according to Anthony Herron, the program is doing so while still in its developmental stages of being able to compete in the Big Ten.

Much like it did nearly a decade ago during Schiano’s first tenure with Rutgers, the Scarlet Knights are building (and progressing) in what is their head coach’s third season back with the program. But unlike his first go-around when Rutgers was in the Big East, Rutgers is now in a Power Five conference and in what might be the toughest division in college football.

On the Big Ten Network on Thursday, Herron talked with Dave Revsine about the development of Rutgers under Schiano. A former defensive end at Iowa, Herron talked about a conversation he had with Schiano during the summer where the Rutgers rebuilding project was discussed.

“Greg Schiano actually gave me a little bit of context when I was talking to him in Indianapolis at Big Ten media days,” Herron said on the Big Ten Network.

“He even pointed out that for the first time he was at Rutgers and all this success they had, they weren’t a Power Five program at that point. Now competing in the Big Ten – just from a resource perspective, that there was a reason that he valued resources before he even ended up accepting this job, just to make sure that that Rutgers administration recognized what was necessary for the Scarlet Knights to take a step forward beyond just the coaching abilities of Greg Schiano. And they’re doing that but they’re still in their infancy of competing at this level, not only in football but in all sports and he continues to progress this program forward. It’s really impressive to watch what he’s building.”

Revsine was quick to add to Herron’s over-arching point by discussing the success Rutgers men’s basketball has had the last two years as well as field hockey, which captured the Big…