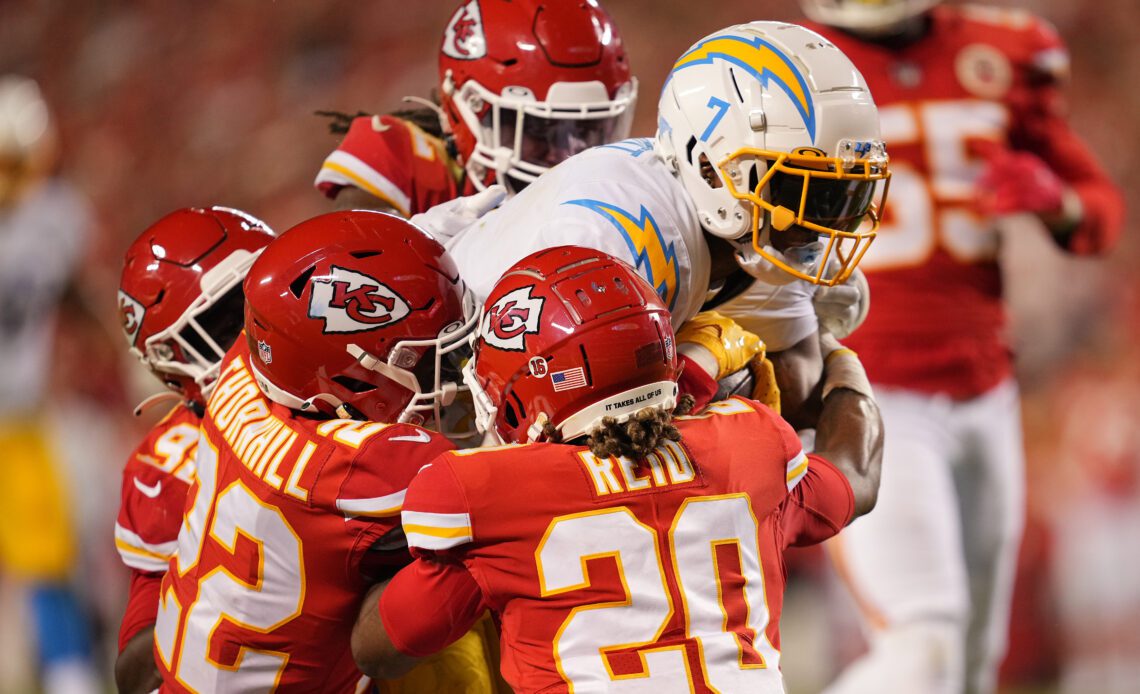 “I woke up knowing I was going to get a pick.”

That’s what Kansas City Chiefs seventh-round rookie cornerback Jaylen Watson told the media after his team’s 27-24 Thursday night win over the Los Angeles Chargers. Watson’s 99-yard pick-six was the difference in the game. With 10:43 remaining, the Chargers had the ball at the Kansas City three-yard line, and quarterback Justin Herbert tried to hit tight end Gerald Everett to the right side of the field for an allegedly easy touchdown.

In the end, the Chiefs had Everett’s path better-planned than Everett did.

Had first-round rookie cornerback Trent McDuffie not suffered a hamstring injury in Week 1 against the Arizona Cardinals. Watson might not have been on the field at all. But he was, and he knew that he would have more than his share of opportunities against Herbert and the Chargers’ passing game.

“I was surprised, but I still knew I was going to get one.”

The pick-six was the latest step in an improbable journey for the Washington State alum by way of Ventura College in California. Academic issues forced Watson to de-commit from USC five months after committing to the school in 2019, and he got his associates’ degree with a straight-A average after that all happened. Watson worked with his mom at a Wendy’s in Georgia for a time during the bridge point in his football career, so he was used to surprising people — and surprising himself.

As to the play itself, there was an element of improbability there as well — bad luck and miscommunication on the Chargers’ side, and from the Chiefs’ perspective, knowing what the Chargers were going to do.

Gerald Everett was injured, and trying to get off the field.

Everett had been Herbert’s target on the two plays before the impactful interception, catching passes for seven and 26 yards. Everett was clearly indicating that he wanted off the field, and he said after the game that he was through an sprained ankle he suffered in Week 1 against the Las Vegas Raiders. But since the Chargers were using a hurry-up offense at that point, there obviously wasn’t going to be time for a substitution.

“We were going no-huddle, so I had to stay…