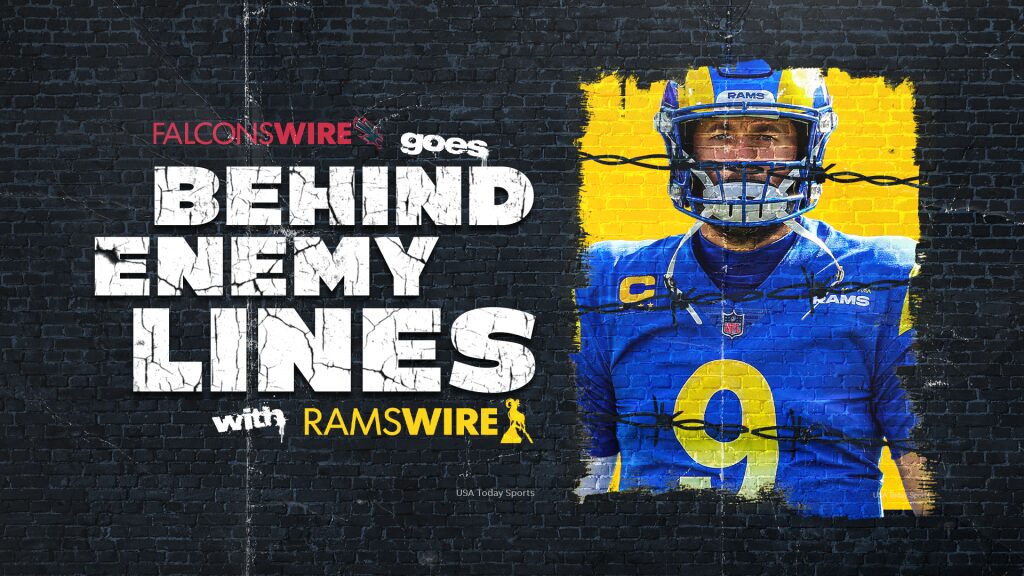 Both teams suffered brutal losses in Week 1, but in very different ways. The Falcons blew a 16-point fourth-quarter lead to the Saints, while the Rams were trounced by Josh Allen and the Bills.

To help us get some insight into Sunday’s NFC showdown, we’ve gone behind enemy lines with Cam DaSilva, the managing editor of The Rams Wire.

How is the team adjusting without Von Miller and Andrew Whitworth?

DaSilva: One game in, not very well. Joe Noteboom struggled at left tackle, coincidentally against Miller, in the Rams’ lopsided loss to the Bills. He played well last season when Whitworth was injured, but he was overmatched on the edge. Miller might be an even bigger loss for this team, though. The pass rush was borderline non-existent against the Bills, with Aaron Donald and Bobby Wagner providing most of the pressure. Leonard Floyd was ineffective, as was Justin Hollins. They miss both players, but they miss Miller most.

Stafford threw three interceptions in Week 1. Is there any concern about his elbow injury?

DaSilva: There isn’t a ton of concern about his elbow inside the walls of the Rams’ headquarters, but there’s no question some fans are wondering if it had to do with his poor performance in the opener. I think it was more about his lack of reps this offseason, getting several days off during training camp to manage the elbow issue. The interceptions weren’t the result of his elbow, but rather just poor throws.

What’s going on with the Rams’ rushing attack and who’s the lead back?

DaSilva: The blocking up front was atrocious, so Akers and Henderson had very little room to run. I still think Henderson is going to get the bulk of the carries and opportunities after Akers got just three touches in Week 1, but it shouldn’t be as big of a gap moving forward. If Akers is healthy, he should get a chance to contribute on offense.

How’s Allen Robinson fitting in as the new WR2?

DaSilva: He only saw two passes thrown his way last week, so not very well. It’s obviously only one game, but Stafford didn’t seem to fully trust Robinson, even when he did come open on certain routes. Their chemistry will build as time goes on and they didn’t have a ton of practices together, so I’m not worried. Robinson can still play and is a great fit in this offense.

Who wins on Sunday?