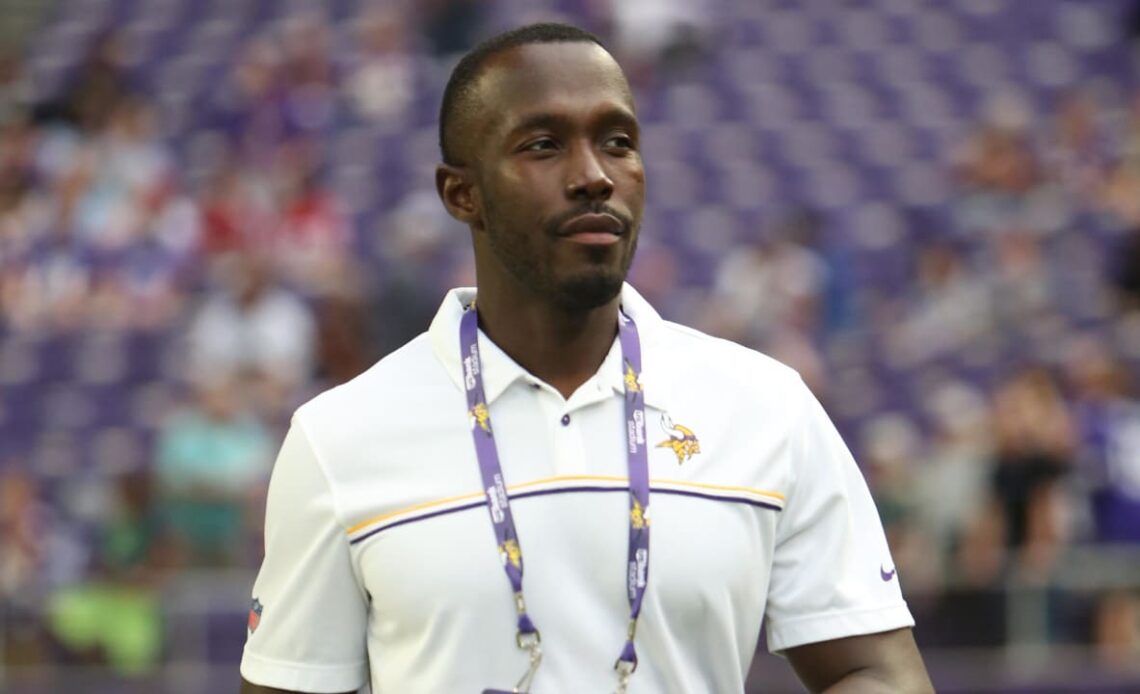 Chris Tomasson of the Pioneer Press caught up with Cunningham, who has served as a pastor for Remnant Ministries in Las Vegas since 2006. Cunningham said the interaction between him and Adofo-Mensah was amazing.

“That was a wonderful opportunity receiving a phone call from a person whom I influenced in my past at the age of about 7 years old,” Cunningham said. “The conversation with him was just so amazing.”

Cunningham’s best season was in 1998, when he threw for 3,704 yards and 34 touchdowns and led the Vikings to a 15-1 record. He also earned first-time All-Pro honors and one of his four career Pro Bowls that year.

“He was an incredible player, exciting, the ultimate weapon, won MVP (by the Pro Football Writers of America) in 1990,” Adofo-Mensah said in March for an “Introducing” video by the Vikings Entertainment Network. “I loved watching him on Sundays. It’s probably why I’m such a passionate football fan.”

Adofo-Mensah added Cunningham was a pioneer during his playing days.

“That was a time where people used to call the radio station saying that, ‘You know, I don’t think Black people are smart enough to play quarterback,”’ Adofo-Mensah said. “And you grow up in that environment. Thinking back now, that’s kind of odd.

“I found myself in a lot of rooms being the only one,” Adofo-Mensah continued. “That’s why I always kind of saw in Randall something that I sort of saw in myself. This person who was driving against convention, doing this great thing. Just connected to him in a lot of different ways.”