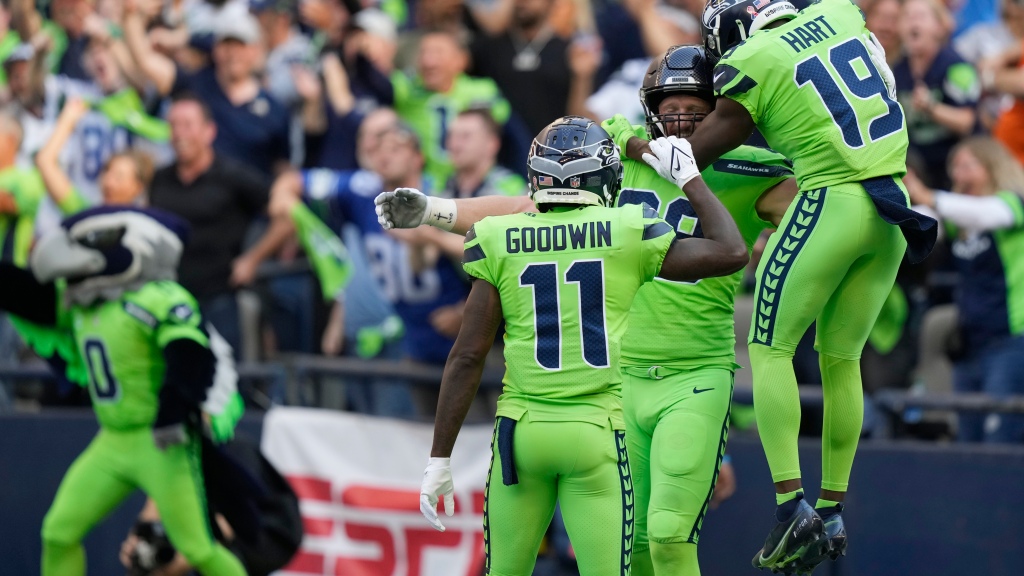 The Seahawks have one of the strongest wide receiver duos in the NFL with Tyler Lockett and DK Metcalf. The team hasn’t been able to find a viable No. 3 option behind them in several years, though.

According to offensive coordinator Shane Waldron, right now that role belongs to Marquise Goodwin. Here’s what he had to say about the WR3 situation, per Bob Condotta at the Seattle Times.

“Yeah, I think as each week goes, we have such a good group of those third, fourth, fifth and sixth receivers that each of their roles might change a little bit during the week, each week going into it. Just the way the last few weeks of practice have worked out, Marquise (Goodwin) has done a nice jobe and really has done a great job of earning that role of the third wide receiver right there.”

Dee Eskridge, Penny Hart and Dareke Young all still seem to be in the mix for those third option reps, though.

This past week Goodwin played 28 offensive snaps, far outpacing the other receivers on the depth chart behind Lockett and Metcalf. However, he was only targeted twice – totaling 22 yards on two catches.

For now, the true No. 3 option on offense might be the tight ends. Together, Will Dissly, Noah Fant and Colby Parkinson combined for eight catches, 102 yards and two touchdowns.

This is only one week of data, though. We will have a better picture of the passing game pecking order after Sunday’s matchup with the 49ers.