Six pack of questions with Sooners and Huskers Wire 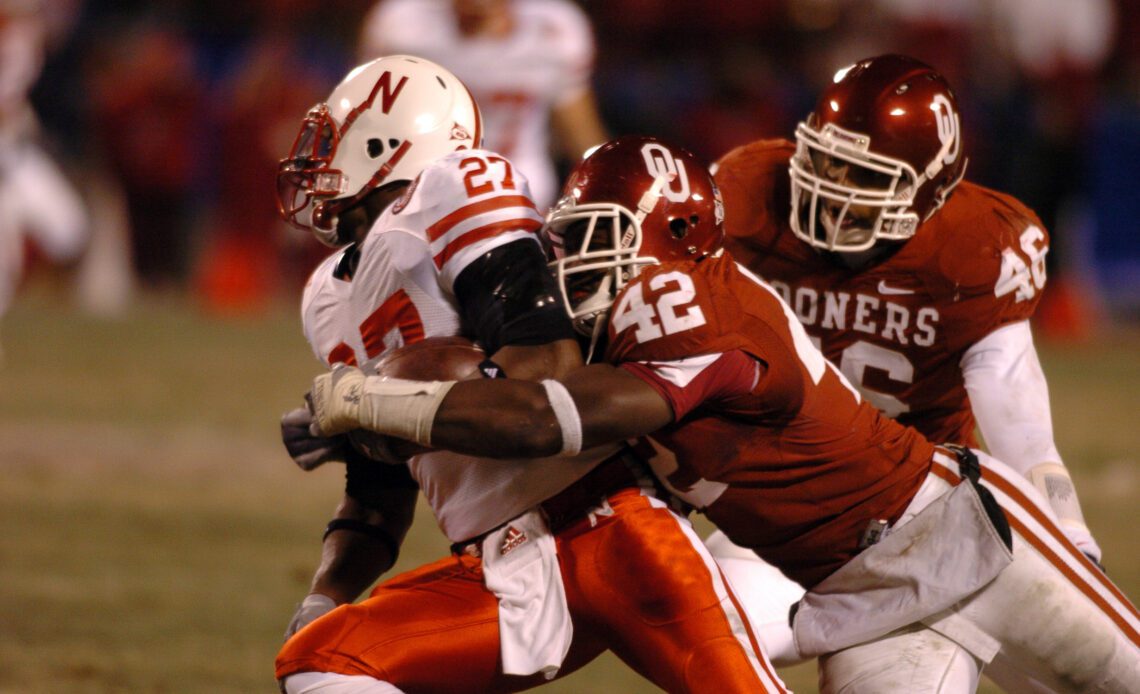 On Saturday the 88th game in the Nebraska Cornhuskers-Oklahoma Sooners series will kick off.

Both teams have enjoyed their fair share of successes in this rivalry that dates back to the Big 8, for the most part. The very first matchup came in 1912 when the Huskers won 13-9. At the time of the very first game, Oklahoma was playing football as an independent.

As kick off for this showdown draws closer, Huskers Wire editor Evan Bredeson and Sooners Wire editor John Williams answer a six-pack of questions on the game.

What is your favorite memory of the Oklahoma-Nebraska rivalry?

There was a lot of excitement about the 2006 Oklahoma Sooners heading into the season. Then Rhett Bomar was deemed ineligible doing something that would be allowed under current NIL rules. Paul Thompson, who had moved from quarterback to wide receiver in the offseason after losing the QB battle to Bomar the season before, was forced to move back to quarterback. In the 2006 Big 12 title game against Nebraska, PT was good on a day when the Sooners running game wasn’t. He hit Malcolm Kelly for two touchdowns to help the Sooners beat the Cornhuskers 21-7, which set the stage for one of the all-time moments in Sooner history.

October 27th, 2001. Nebraska gets its revenge. Every fan has that one team they fell in love with during childhood. That team that solidified your lifelong passion for the game and love for your school. My team was the 2001 Cornhuskers.

No. 3 Nebraska would host No. 2 Oklahoma at Memorial Stadium with a chance to avenge the previous season’s upset. With 6:30 left in the 4th Quarter and Nebraska leading…