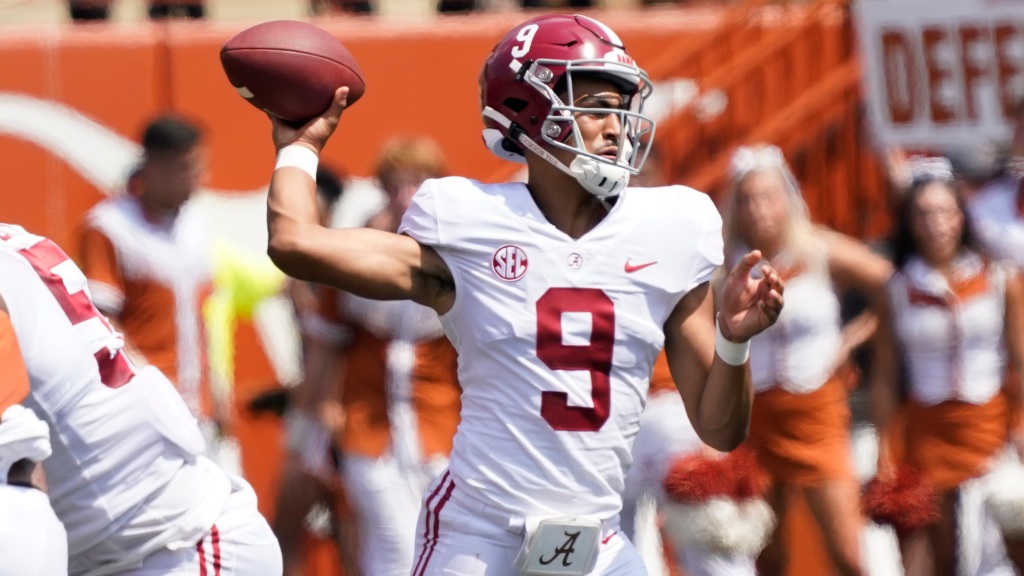 The Houston Texans have two first-round draft picks through the 2024 season, which means it is always draft season in the Bayou City.

According to Josh Edwards from CBS Sports, the Texans use their No. 3 overall pick to take Alabama quarterback Bryce Young.

The door is certainly not closed on Davis Mills’ future in Houston but it would be difficult to persuade them from using the opportunity to select a quarterback. Young is undersized but has displayed tremendous leadership for the Crimson Tide.

It would depend on the scenario that would compel the Texans to pick a quarterback. If the defense wasn’t able to protect leads late that Mills built, then that wouldn’t exactly mean Houston needed to replace their field general. However, in any scenario where Houston is finishing with their proprietary pick being No. 3 overall, chances are there were significant problems at quarterback throughout the 2022 campaign.

Houston has another first-round selection to make thanks to their trade with the Cleveland Browns in the offseason. The Texans shore up the defensive line with LSU defensive lineman Jaquelin Roy.

Houston is just adding good pieces to its team; build the core of the roster. They have found some good players over the past few draft classes and now expedite the process with Bryce Young and Roy.

If the Texans went with Roy, it would be an effective bridge from Jerry Hughes. Roy could also give the Texans an option in case they didn’t want to keep defensive end Jonathan Greenard in the team’s future plans. Greenard’s contract is up at the end of the 2023 season.