Tigers may lose on Saturday, and that’s ok 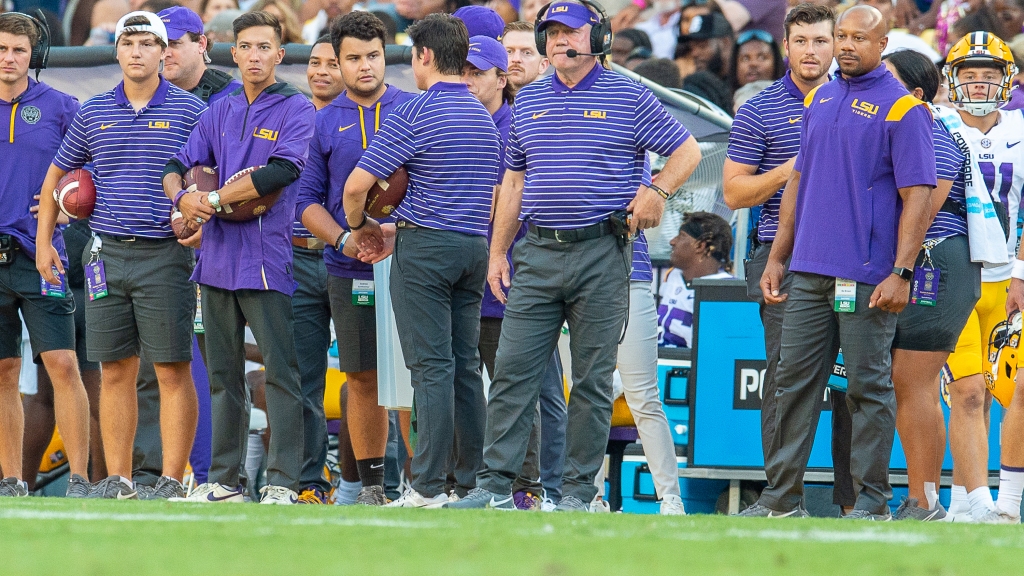 Conference play is once again upon us.

LSU will host Mike Leach and Mississippi State on Saturday night as the underdog. The Tigers aren’t supposed to be an underdog at home against MSU, right?

Well, these are different times, and LSU is in the midst of a rebuild.

A 65-17 win against Southern has helped reset the negative feelings that dwelled after the loss to Florida State. LSU begins conference play in a similar spot to where it began the season — with a lot of questions, but also a lot of potential. If the team that showed up in the fourth quarter against Florida State shows up against Mississippi State, LSU will win this game.

However, I’m not sure how wise it would be to count on that team to show up. That loss was just two weeks ago, and Brian Kelly might be a good coach, but he doesn’t have a magic wand.

LSU has made adjustments. Jay Ward is now at the nickel spot and Greg Brooks Jr. will slide back to safety. We saw a new-look offensive line last week with Charles Turner at center, Garrett Dellinger at guard and Miles Frazier bumping over to right tackle.

On top of personnel adjustments, these coordinators should have a better understanding of these players and we should see improved playcalling. Even after the loss to Florida State, I said this LSU team is better than the one we have seen the last two years.

It still might not be enough. This is a hard league to play in. Mississippi State is a good team, but it’s far from the best LSU will see this year. Mike Leach has his program close to where he wants it to be while Kelly is rebuilding. These programs are on different planes right now, even if the teams are similar in ability.

My expectation is that LSU will lose this game. That’s okay.

Nobody wants to start 1-2, especially after the way 2020 and 2021 played out, but it’s part of the process. Mississippi State has experience. It’s a group that’s well-coached on both sides of the ball.

It’s not that LSU isn’t…