Buffs Get No Clear Answer At Quarterback 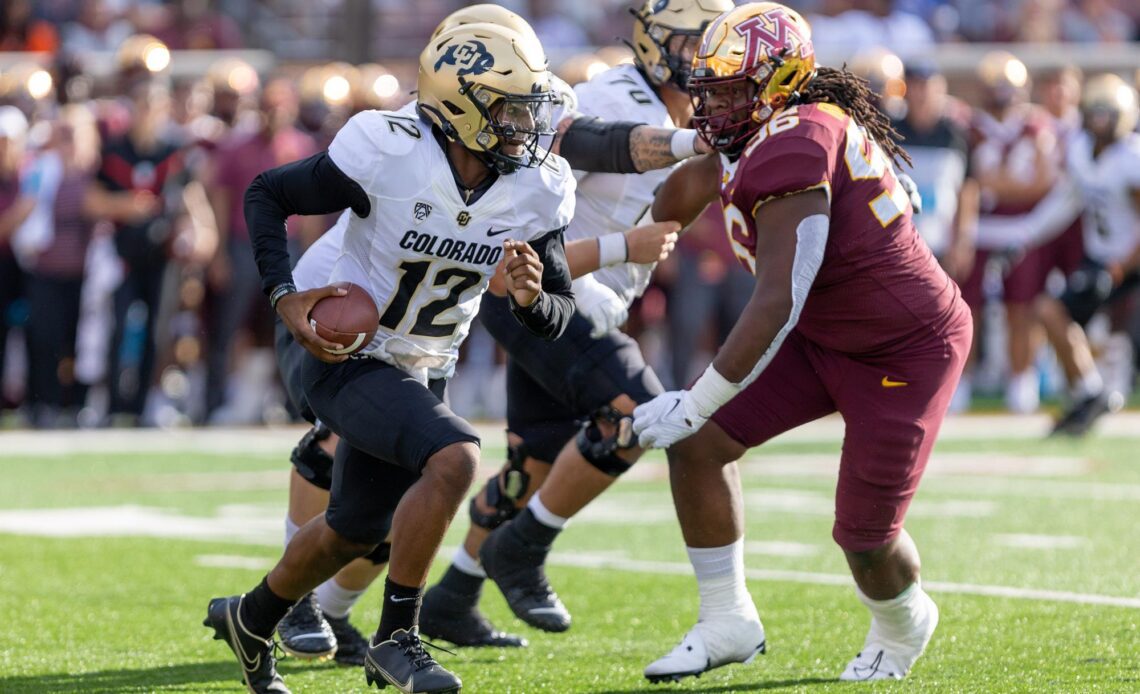 
MINNEAPOLIS — Colorado’s third game of the season — a 49-7 loss to Minnesota on Saturday — left Karl Dorrell‘s Buffaloes still with no clear answer on CU’s quarterback situation.

The Buffs rotated their signal callers Saturday, with J.T. Shrout getting the start and Brendon Lewis then coming in for the next series, a rotation that continued throughout the game. Neither managed to produce any kind of consistency with their turns at the helm, although Shrout did manage to direct CU’s only scoring drive, a 10-play, 75-yard march late in the fourth quarter that helped the Buffs avoid being shut out.

Shrout finished the game 4-for-11 for 24 yards and a touchdown, a four-yard toss to tight end Austin Smith. He was also sacked twice and lost a fumble on CU’s first play of the game, the second week in a row he lost a fumble on Colorado’s opening possession.

“We gave both of them chances and both of them did a few good things here and there, but really nothing to just put it together in a series,” Dorrell said. “Our best series was in the fourth quarter, but that’s too little too late. We need that efficiency in the first quarter, so we have a lot to do.”