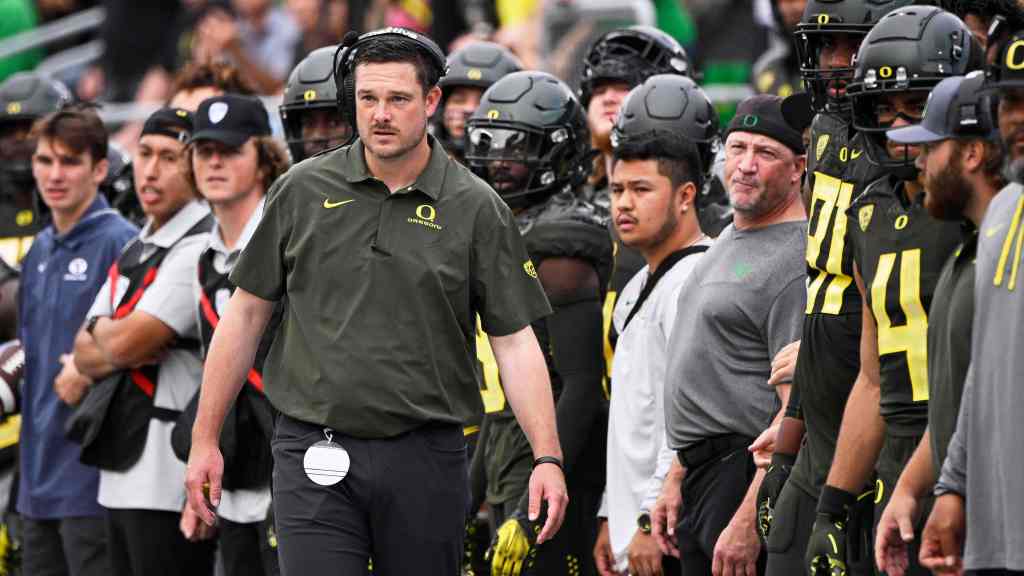 It wasn’t his first win inside the walls of Autzen Stadium, but it was absolutely the first meaningful win that Dan Lanning has picked up as the head coach of the Oregon Ducks.

The pile of melting ice on the field following the Gatorade bath that Lanning received proves that.

Lanning’s Ducks welcomed the No. 14 BYU Cougars to Eugene and sent them packing in just a couple of quarters. The relentless dominance started early, with Oregon going up 24-7 at the break, and it continued long into the afternoon. Ultimately, the Ducks walked away with a 41-20 win, which will act as a statement to anyone who was doubting this first-year head coach following the Georgia game.

There is still a lot to improve on, of course, but this was a big victory for the Ducks. That much was apparent when listening to Lanning talk after the game. There was some excitement in his voice, but an understanding that in order to obtain the success that he came to Eugene to achieve, there is still a long way to go.

Here are some of the most notable quotes from Lanning after the statement win:

Lanning: “Well that was fun. That was a lot of fun with a special, special crowd. We knew that they were going to come out there and be there for us. It’s hard to coach at the end of the third quarter during ‘Shout’, so I’ve got to figure that out. I thought we stumbled a little bit in the fourth. That being said, we came out to this game and said we wanted to be a physical team and I think we were that. We wanted to win critical situations, we were good on fourth down and able to stop them and get ours (fourth down conversions) whenever we had opportunities to go for it. We wanted to out-rush our opponent, that’s a brand of physicality we were able to show. We wanted to establish an identity. I think everybody in the stadium at some point probably realized what we were doing when we ran Josh Conerly (Jr.) out there, our big group with…