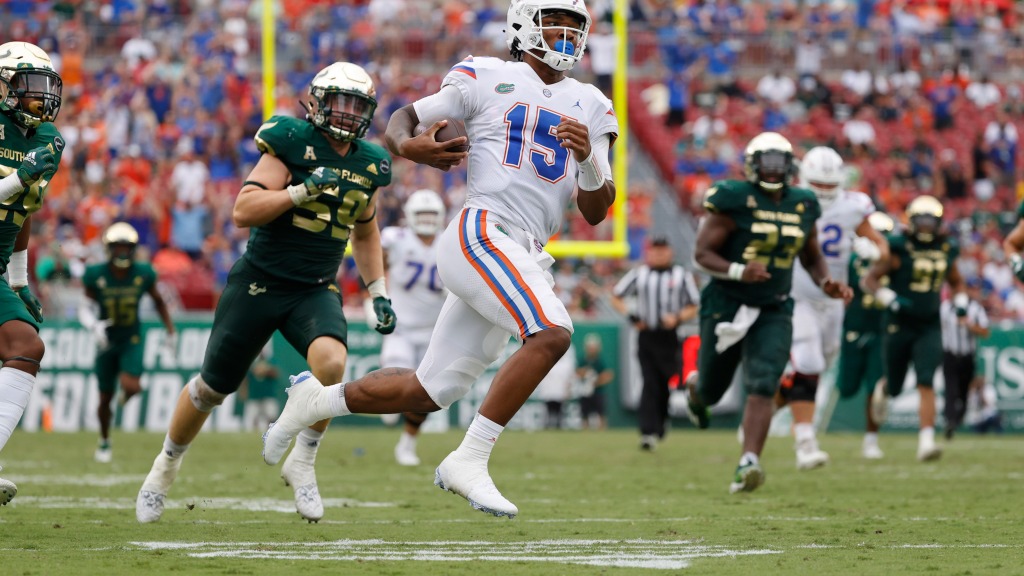 Game day is finally here! Tonight, the Florida Gators will host the South Florida Bulls in Ben Hill Griffin Stadium starting at 7:30 p.m. EDT. The home team plays its third-straight game in the Swamp to open the season while the visitors embark on their second road game already this fall.

Florida’s win came against the Utah Utes — a nailbiter that went into the final. minutes and was sealed by a clutch interception. Unfortunately, the Gators were unable to replicate those results the following week against the Kentucky Wildcats, who earned a 10-point win in hostile territory.

USF also carries a 1-1 record into the game, dropping its season-opener on the road against the BYU Cougars before returning home to handle the Howard Bisons in Week 2.

The Orange and Blue won both previous matchups against USF— in 2011 and last season —which were played at home and away, respectively. It appears the bookmakers are still extremely bullish on the home team making it three in a row this weekend. Take a look at the game day odds below.

Today, the Gators are still favored by a 24.5-point spread over the Bulls as the odds shifted ever so slightly since Friday with the over/under dropping just one point, according to BetMGM. Here are the full odds as of 9 a.m. EDT Saturday.

The Gators Wire roundtable is in unanimous consensus on the outcome, with all six respondents predicting a margin greater than two touchdowns and five of those calling for at least a 25-point difference in the final score.

Interestingly, while there were some discrepancies in how the entire roundtable foresees the offense performing, we all agreed that the defense would show up, with USF’s point total all…