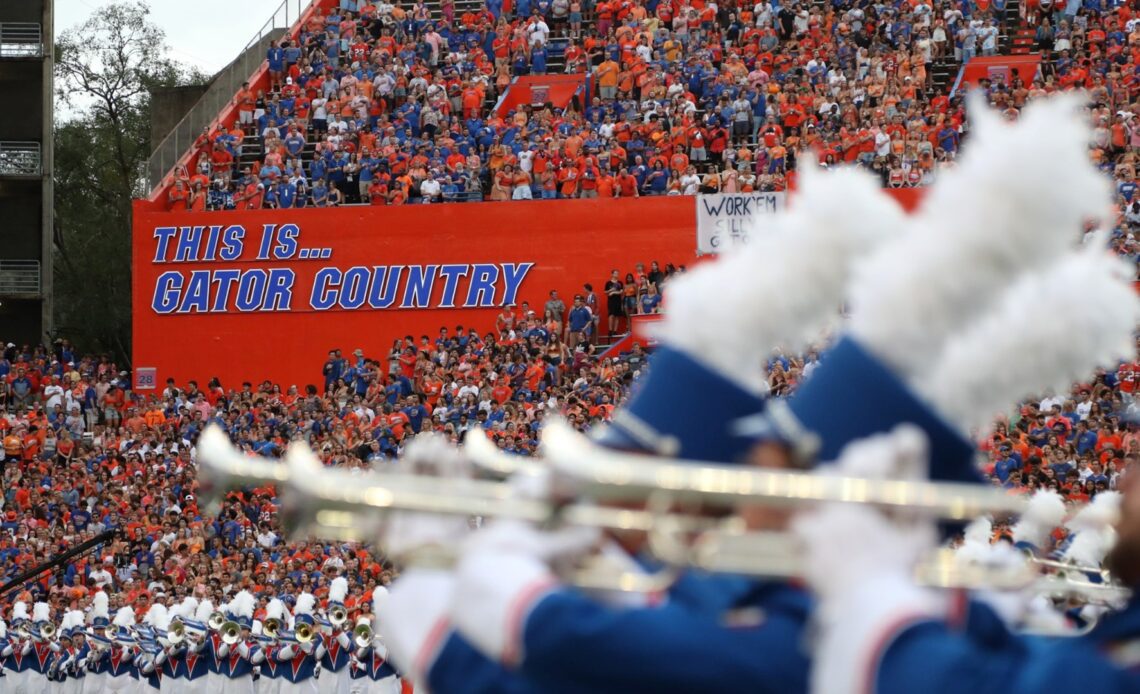 GAINESVILLE, Fla. — Last week’s performance makes this week’s all the more anticipated for the Florida Gators. The sooner they get a chance to put the Southeastern Conference debut against Kentucky in the rear view, the better.

The 18th-ranked Gators (1-1), of course, will say they’ve already moved on and looking to Saturday night’s non-league date against South Florida (1-1), but the process isn’t truly on-going until there is actual blocking and tackling and, in UF’s case, quarterback Anthony Richardson is out there making plays again.

It was the Wildcats that made the plays last week by frustrating and confusing Richardson into two mega-interceptions they converted into touchdowns, including a late third quarter pick-6 that put UK in front for good. The Bulls, an annual cellar-dweller in the American Athletic Conference, won’t stack up the kind of athletes — or defense — that Kentucky threw at Richardson, but UF coach Billy Napier and his offensive staff will want to see better decisions and execution across the offensive board.

That’s exactly what happened when the two teams met last year in Tampa, in the first of a two-for-one series. Florida’s 666 yards of total offense in a 42-20 win were the most by a UF team since racking up 705 against The Citadel during the 2008 national-championship season. Richardson came off the bench to throw touchdowns of 75 and 41 yards and also had an 80-yard scoring run that marked the longest rushing TD by a UF quarterback in at least a quarter-century. Richardson also got hurt on that run and his unavailability cost both he and the Gators down the line.

The goal, obviously, is to get out of this one heathy, what with a road date at Tennessee looming next week, but Richardson also needs to get out of it with his confidence on an upward trajectory after completing just 14 of 35 passes for 143 yards, no scores, those two interceptions, and rushing just six times for four yards. Richardson spoke after the game about his confidence taking a dive, which is no way for a quarterback to play.

The Bulls figure to provide a chance for Richardson to feel better about himself. They were gashed for 575 yards in a season-opening blowout 50-21 home loss against Brigham Young and last week defeated Howard, an FBS classified program, 42-20 at home.