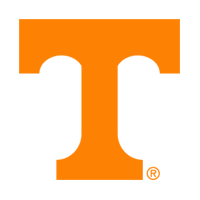 GAINESVILLE, Fla. — The South Florida Bulls boarded their buses late Saturday night and must have relived (and bemoaned) a couple brutal last-minute center snaps over and over all the way down Interstate-75 back to Tampa.

Conversely, the Florida Gators no doubt appreciated the visitors’ ill-timed miscues that helped the home team overcome a couple costly second-half mistakes of its own and get out of Spurrier/Florida Field with a 31-28 come-from-behind victory over their cross-state foe.

Spencer Shrader missed a 49-yard field goal that would have tied the game with 23 seconds to play, but the USF junior kicker never really had a chance, as his holder fumbled a clean snap and denied Shrader a solid sweep at the ball. That mishap came just two snaps after Bulls offensive center Brad Cecil, with 44 seconds to go, grounded an exchange past quarterback Gerry Bohanon — on a second-and-5 at the UF 18, with chance to score a touchdown and win the game — for a 14-yard loss that pushed the Bulls all the way back to the 33.

Instead, it was a three-yard touchdown run by freshman tailback Travis Etienne with just over five minutes left that proved the difference on a night the Gators (2-1) were out-gained 402 to 329 in total offense by an American Athletic Conference team that has beaten just one FBS program over the last three seasons. UF managed despite a second straight tough night from sophomore quarterback Anthony Richardson, who completed 10 of 18 passes for 112 yards and threw two second-half interception, while being held to only 24 yards on seven rushing attempts.

“We put the ball in his hands…