Is Dolphins vs. Ravens Week 2 broadcast on TV in your area? 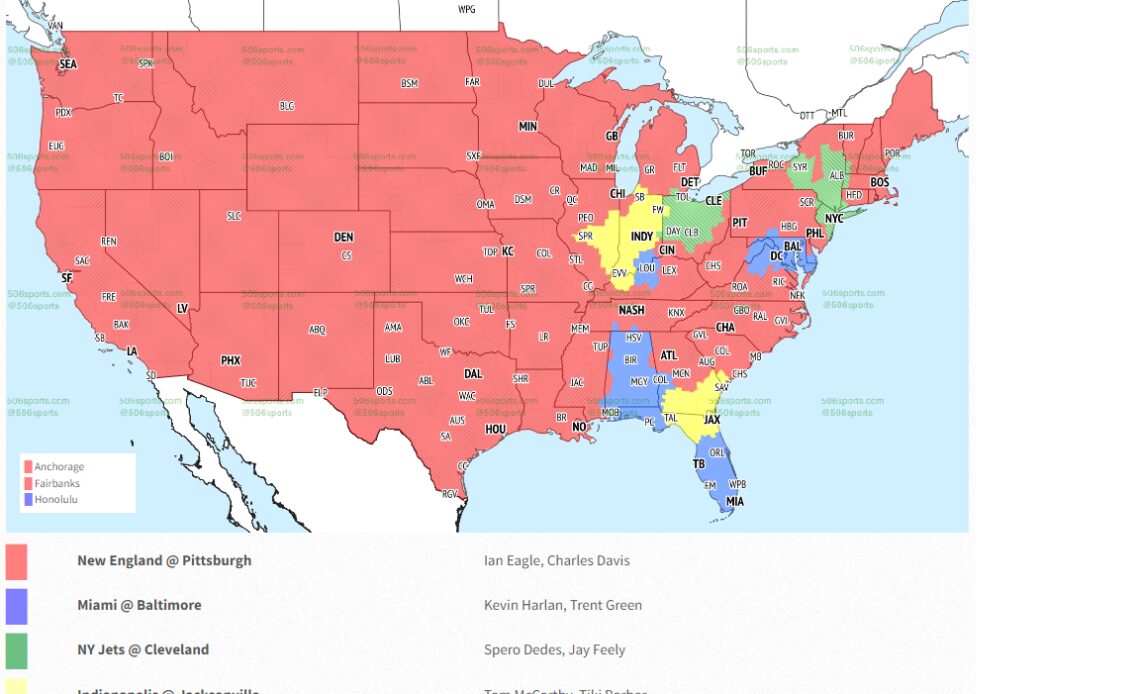 The Miami Dolphins’ Week 2 matchup against the Baltimore Ravens at Hard Rock Stadium is limited to only a portion of viewers in the United States this weekend.

Mike McDaniel’s team enters this week having defeated the New England Patriots in the season opener, as Miami’s defense picked up right where they left on in 2021. With some injuries along the offensive line, the defense will need to shut Baltimore down again if they want to walk out 2-0.

For the Ravens, they defeated the New York Jets in Week 1, holding Joe Flacco’s team to just nine points. Like Miami, Baltimore is also dealing with injury issues in multiple spots, but Lamar Jackson’s playmaking ability makes them a threat no matter who else is on the field.

This game will be made available in most of Florida and Maryland as well as parts of Georgia, Indiana, Kentucky, Delaware, Virginia, West Virginia and  Pennsylvania.

The Dolphins kick off against the Baltimore Ravens at 1 p.m. on Sunday on CBS. Kevin Harlen will have the call with Trent Green providing color commentary and Melanie Collins on the sideline.