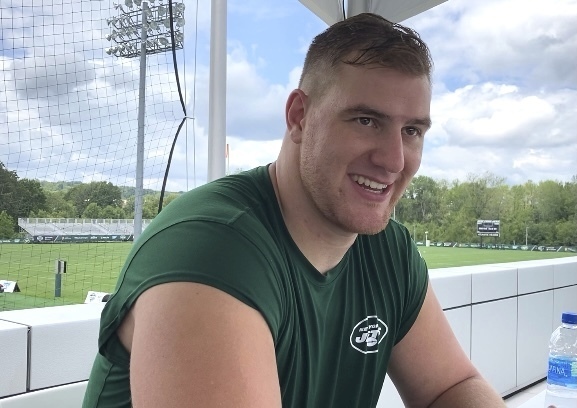 Last week, Hermanns was used as an extra offensive tackle behind starters George Fant and Max Mitchell, while the Jets made Conor McDermott inactive. With the Yeboah call-up, he likely becomes the third tight end Sunday against the Browns and it is looking like another healthy scratch for rookie tight end Jeremy Ruckert.

As ESPN’s Rich Cimini also notes, the Jets did not elevate practice squad punter Ty Long, so Braden Mann, who was dealing with a back issue this week, is good to go for Sunday.