Key matchups to watch in Week 2 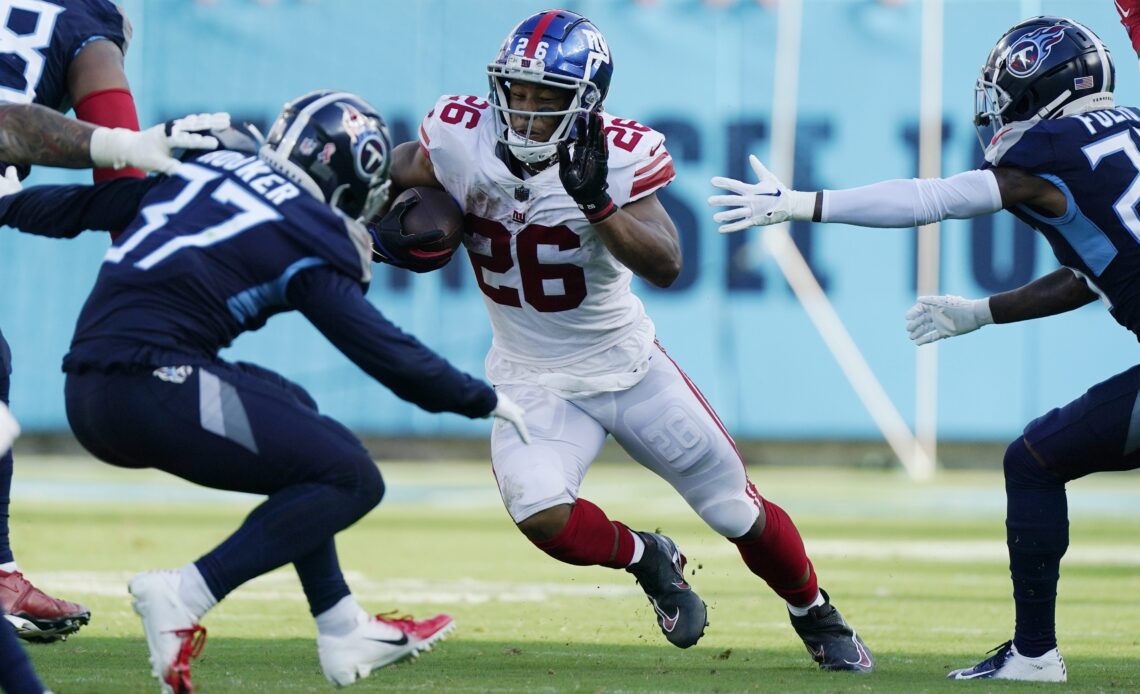 Sunday’s Week 2 tilt between the Carolina Panthers and New York Giants may very well come down to the performance of two players. (You probably already know who they are.)

So, let’s highlight those two men—and another matchup of particular importance—heading into this showdown at the Meadowlands.

Opposing offenses have not been shy about running the ball against the Carolina defense. Over the Panthers’ active eight-game losing streak, teams have averaged 32.5 carries and 135.3 rushing yards per game against Phil Snow’s unit.

Last week was the most ghastly display of that span, as the Cleveland Browns totaled a ridiculous 217 yards on 39 tries while making defenders miss on 16 attempted tackles. Nick Chubb took the lion’s share of that feast, chowing down on the Panthers for 141 yards on 22 totes—which averaged out to a gaudy 6.2 per touch on the ground.

Unfortunately for Carolina, their task won’t get any lighter here with Barkley—who dashed the Tennessee Titans for 164 yards and a score on just 18 runs. This defense, specifically its front seven, will have to get back to basics and prohibit New York’s talented rusher from blasting through the second level. 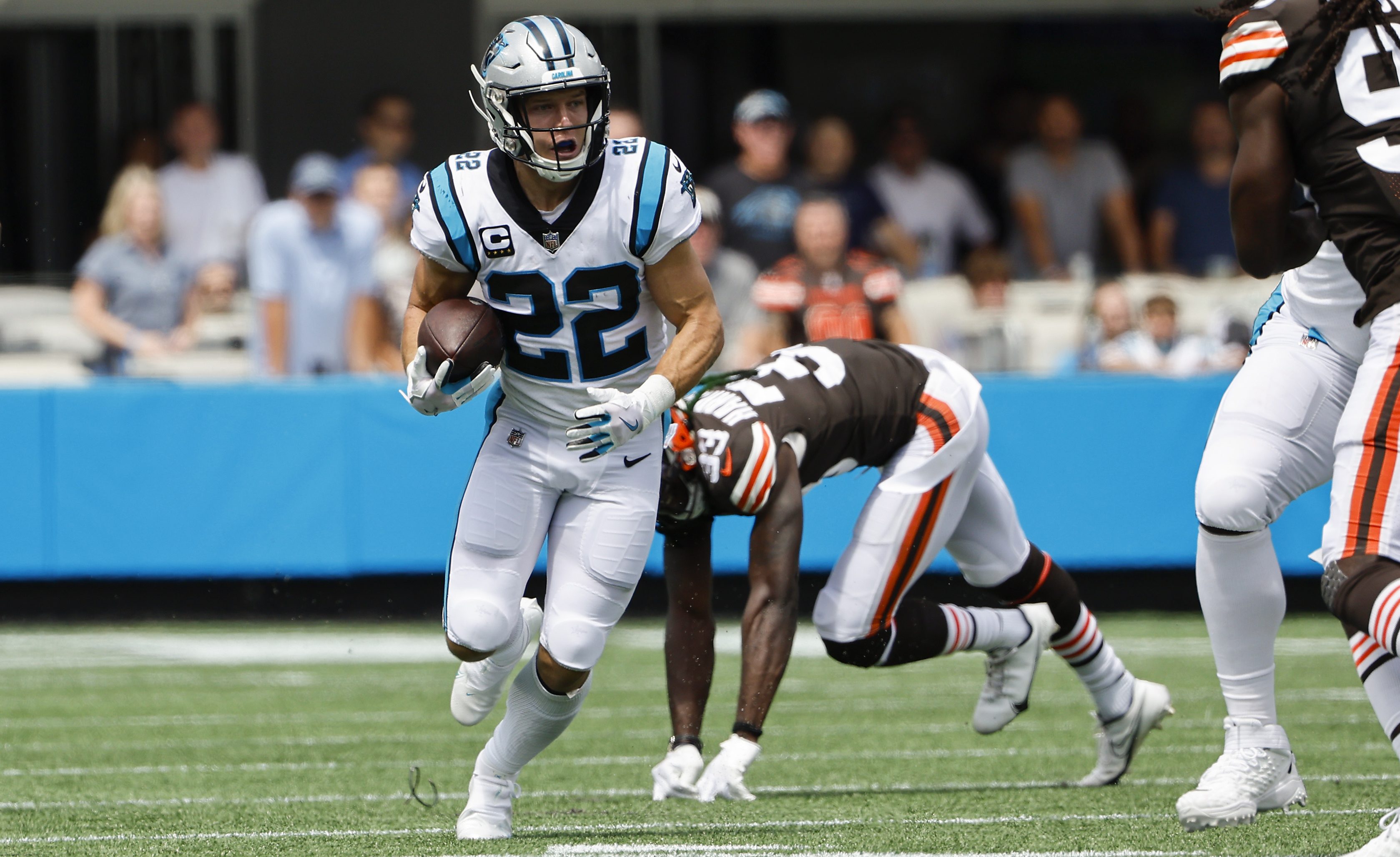 Yes, you might’ve guessed it by now. This game may very well come down to the performance of both team’s running backs.

For Carolina, they’ll absolutely have to get McCaffrey more involved. The sixth-year veteran comes off a Week 1 outing where he amassed 57 yards from scrimmage on only 14 total touches (10 rushes, four receptions).

To be somewhat fair, the Panthers offense was in disarray almost throughout—limiting them to a measly 53 snaps. Plus, the coaching staff probably isn’t trying to put too much of a workload on McCaffrey’s plate just yet.

But, they’ll have to use him in the passing game—an area Giants linebackers faltered when they were isolated with Titans running back Dontrell Hilliard. Hilliard notched 61 yards and two touchdowns off three catches in the opener—with 54 of those yards, one of those scores and two of those grabs coming against Crowder. 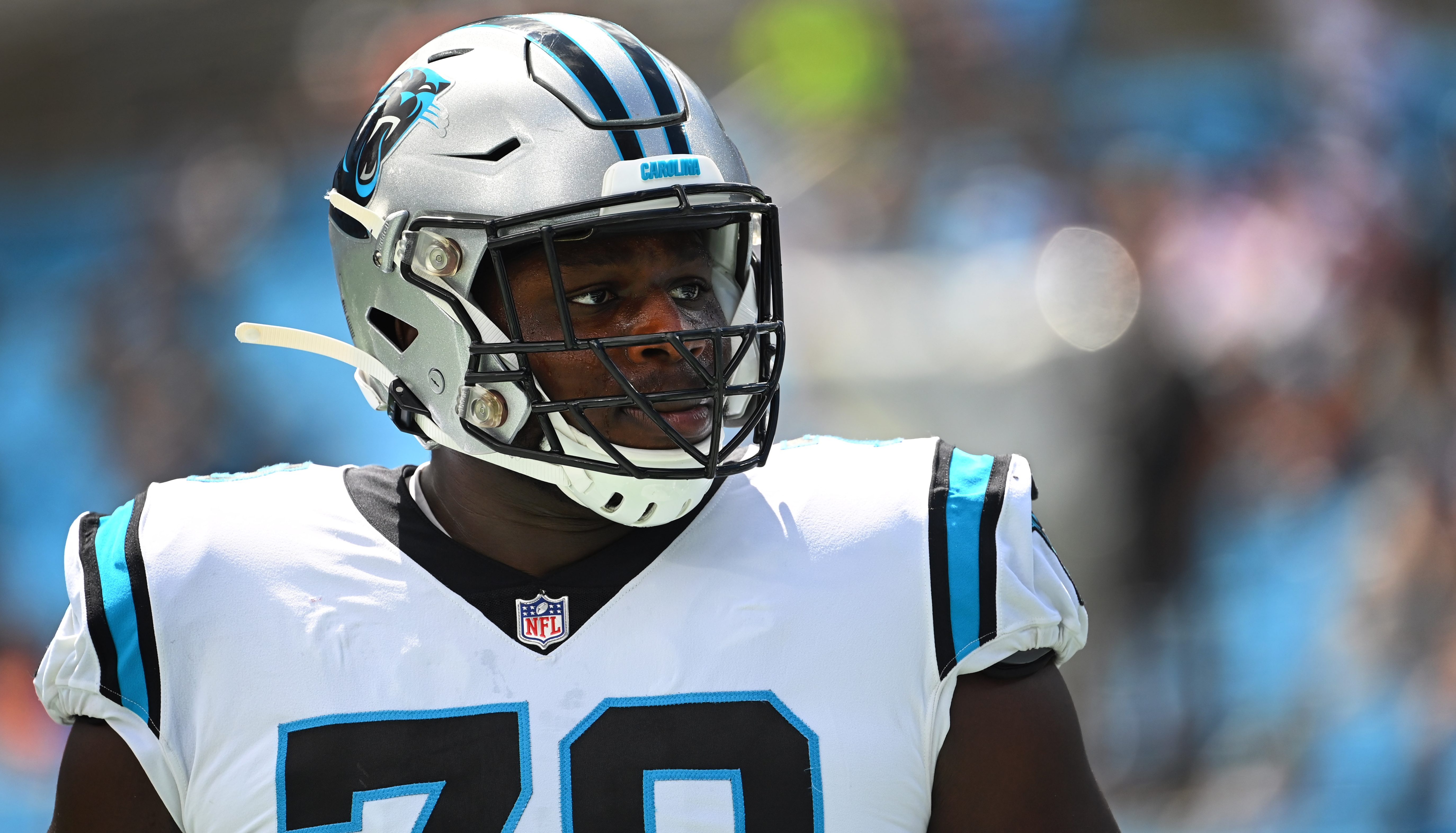 Ekwonu had a bit of a rough go last week…