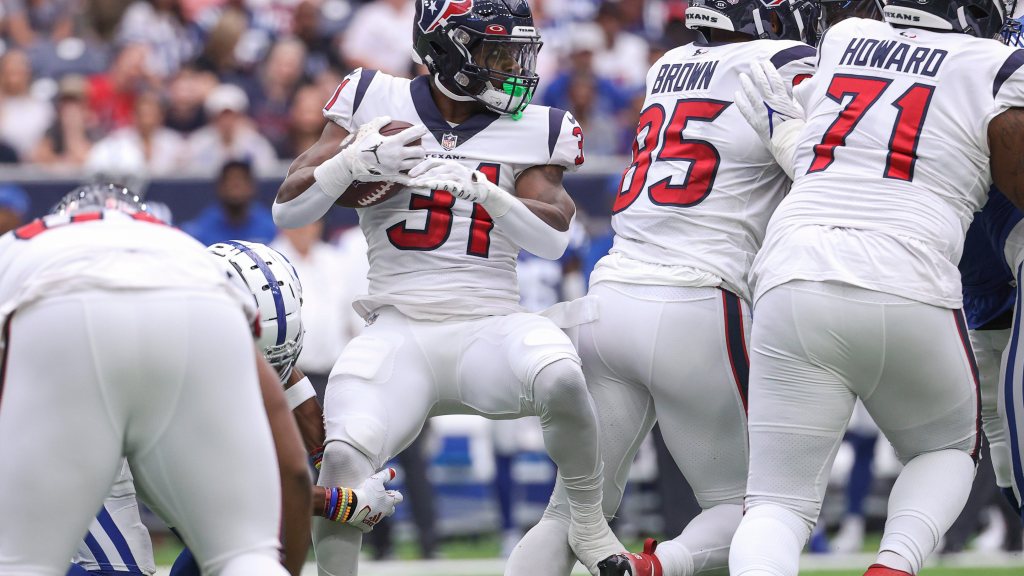 One of the most anticipated aspects of the Houston Texans heading into Week 1 was the debut of Dameon Pierce.

However, the fourth-round running back truly looked like a tepid rookie with just 11 carries for 33 yards and a 6-yard catch. Rex Burkhead, who Pierce was supposed to supplant on the roster as RB1, led the team with 14 carries for 40 yards and caught five passes for 30 yards.

According to offensive coordinator Pep Hamilton, the key to getting Pierce more involved against the Denver Broncos will involve sustaining longer drives.

“We just have to get more first downs,” Hamilton told reporters Sept. 15. “We need more opportunities to just run more plays in general. For us, we want to start faster. We want to finish fast as well. We want to finish the way that we always talk about finishing, and that’s with the ball in hand, in a victory formation, but that didn’t happen.”

The Texans had a paltry 20 first downs — at least compared to the Indianapolis Colts’ 33. While passing will more than likely be the majority of first downs in today’s NFL, the Texans’ four first downs by rush were still putrid for a run-heavy team.

“We started that game, we went three-and-out, missed opportunities on third down for whatever reason and that just affects the overall volume of runs and plays that you’ll run over the course of a game,” said Hamilton.

The Texans will have a chance to get the run game going against the Broncos in Week 2 at Empower Field. Houston kicks off against Denver at 3:25 p.m. Central Time.