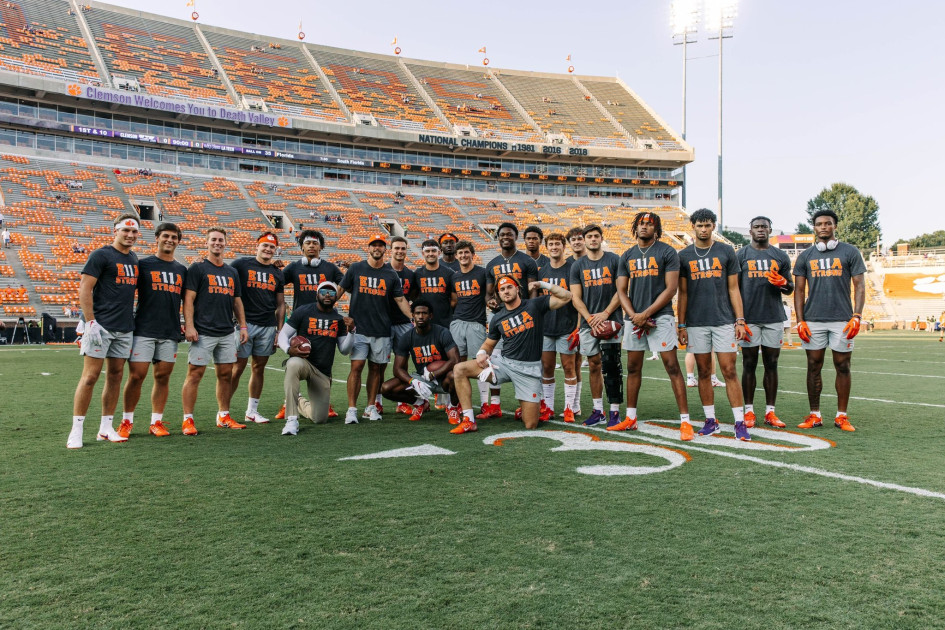 CLEMSON, S.C. – Sophomore running back Will Shipley rushed 12 times for a career-high 139 yards and two touchdowns as Clemson (3-0, 1-0 ACC) used a 35-point second half to cruise to a  48-20 victory over Louisiana Tech (1-2) Saturday at Memorial Stadium. Clemson gained a season-high 521 total yards, including 280 on the ground, and forced four turnovers, leading to 21 Tiger points. Clemson extended its nation-leading home winning streak to 36 games.

The Tigers’ defense kept the Bulldogs out of the end zone for the first three quarters and held Louisiana Tech to only six total rushing yards with an average of 0.3 yards per rush. Quarterback DJ Uiagalelei was 17-of-29 for 221 yards and two scores through the air and picked up 62 yards on the ground on nine carries.

Clemson registered scores on eight of its 13 drives, not including running out the clock on its final possession. With the game set at 13-6 entering the second half, Clemson exploded for three touchdowns, including a twice scoring 32-yard touchdowns on one-play drives. The burst extended the lead to 34-6 with 3:37 to play in the third quarter after Uiagalelei found high school teammate Beaux Collins for a 32-yard touchdown.

After a pair of Bulldog scores early in the fourth, Clemson would tack on two more touchdowns, with Uiagalelei hitting freshman Antonio Williams for a 19-yard score and Kobe Pace punching one in from three yards out after the Tigers recovered a fumble deep in Bulldog territory.

Shipley averaged 11.6 yards per carry Saturday and became the first Clemson player to average at least 10 yards per carry on at least 10 attempts since Travis Etienne in the 2020 ACC Championship Game against Notre Dame. Additionally, Shipley became the first Clemson player to start a season with multiple rushing touchdowns in each of the three first games on record back to 1950.

B.T. Potter opened the scoring for the Tigers with a 22-yard field goal on their first possession of the game. On Clemson’s next possession, Uiagalelei threw a 41-yard pass to Joseph Ngata, who laid out for a spectacular diving catch down to the Bulldog five-yard line. Shipley pushed his way over the goal line for Clemson’s first touchdown of the game and gave the Tigers a 10-0 lead with 6:24 left in the first quarter.

R.J. Mickens tallied his third career interception, picking off a double pass attempt by the Bulldogs. Clemson later appeared to have the Bulldogs stopped later in the…