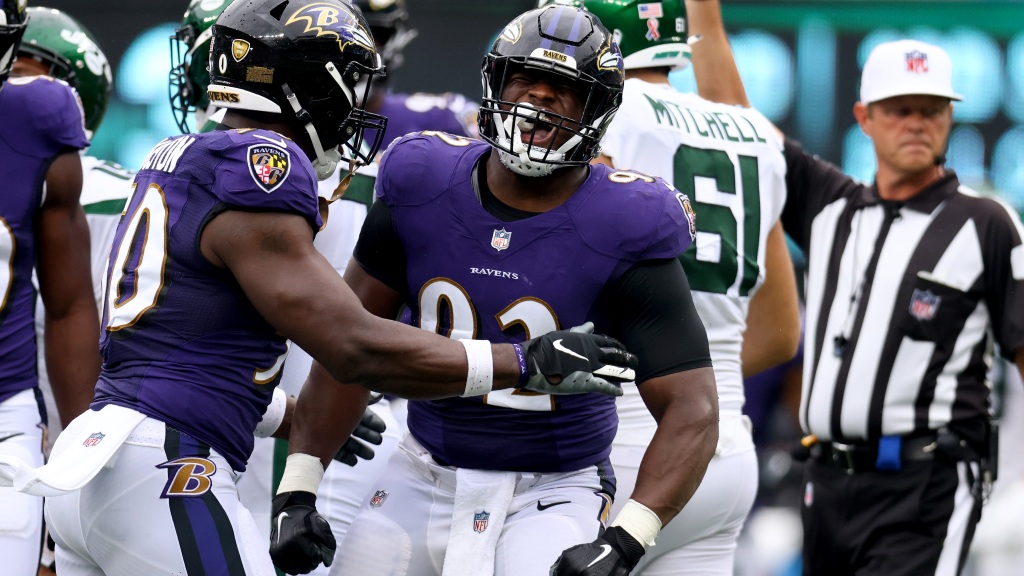 The Baltimore Ravens have immense depth at the defensive line position, boasting both veteran and young talent that can make an impact at a high level. That was put on full display in Week 1 against the New York Jets, as the team saw contributions from many of their defensive linemen.

One of the players who had a phenomenal all-around game on Sunday was defensive lineman Justin Madubuike When asked about Madubuike, Baltimore defensive coordinator Mike Macdonald gave high praise to the third-year player, discussing how it wasn’t a surprise to see him thrive considering how much work he puts in.

“Yes, just going off what I’ve seen from Justin since the year we drafted him, 2020, and then the offseason that he put in, the work he’s done, and all the things he’s been doing on the field over there. It’s just more of the same, so it wasn’t much of a surprise to me, but obviously I’m happy for him, to see him go out there and be productive like he expects to be.”

Madubuike was all over the field in Week 1, finishing the game with five tackles and half of a sack. He was a disruptive force throughout the entirety of the game, and will be relied upon to continue making a high-level impact over the course of the year.