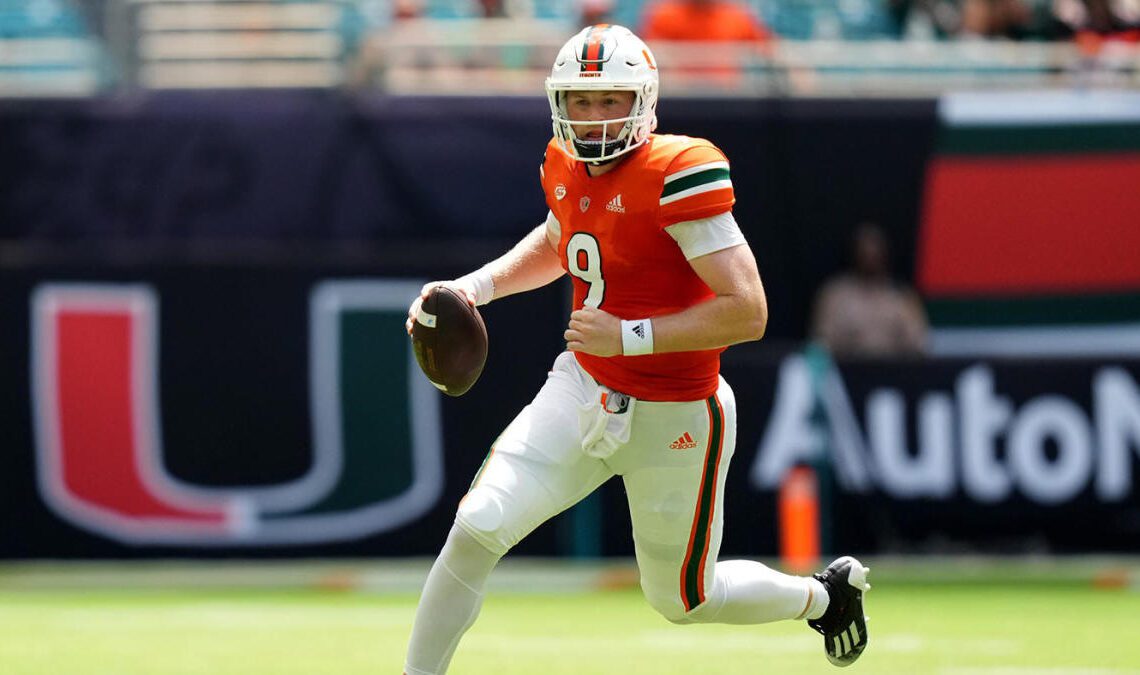 No. 24 Texas A&M will play host to No. 13 Miami on Saturday in an SEC vs. ACC showdown under the lights at Kyle Field in College Station, Texas. This prime time matchup represents one of the better games on the Week 3 slate, and it is a pivotal one for both programs. The undefeated Hurricanes are coming off of a 30-7 home victory vs. Southern Miss as the program looks to turn the corner early with Mario Cristobal at the helm, while the Aggies were stunned at home last week in a 17-14 upset by Appalachian State.

This will be a season-defining game for an Aggies team that can’t afford another loss before even stepping foot into conference play. A loss to the ‘Canes will demoralize what is already a fragile team and could make this a lost season. Meanwhile, Miami is still in search of a return to national prominence. A win over Texas A&M won’t exactly signal that, but a loss, considering where Texas A&M’s reputation currently stands, would likely peg this current Miami team as more of a pretender than a contender.

Let’s break down Saturday night’s contest and make picks straight up and against the spread.

Will there be a QB change?: It’s safe to say that, through four games as a starter dating back to last year, Aggies signal-caller Haynes King hasn’t lived up to expectations. He has as many touchdown passes as interceptions (five) and his timing seems to have been off in both games in 2022. Will coach Jimbo Fisher take a chance and insert ex-LSU starter Max Johnson into the lineup? Reports on Friday indicate that he will.

That decision not only could determine the outcome of Saturday’s game, but the Aggies’ trajectory for the remainder of the season.

Miami has to start faster: The Hurricanes were down 7-3 to Southern Miss late in the first half before Henry Parrish Jr. punched in their first touchdown of the game with 20 seconds left in the second quarter. Miami pulled away late, but this is going to be a whole different animal on Saturday night at Kyle Field.

“I thought we started off sluggish like we mentioned before and then at the end of the first half, I think five of our last six drives we scored albeit two were field goals and then we had one punt,” coach Mario Cristobal said. “We came up short on a couple drives that were self-inflicted situations and circumstances where we had a penalty we could’ve avoided.”