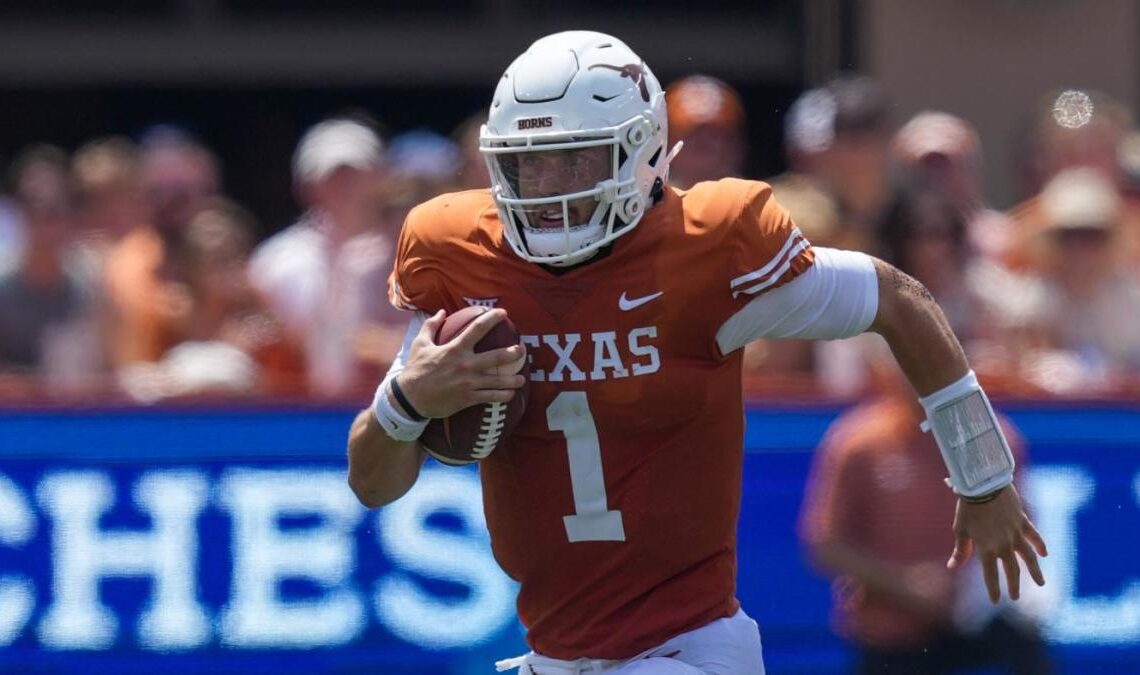 Texas has plenty of reasons to be optimistic about its improvement under second-year coach Steve Sarkisian following its closer-than-expected 20-19 last weekend loss to Alabama. That, of course, knocked the Crimson Tide from No. 1 to No. 2 in the AP Top 25 rankings. But the No. 21 Longhorns have little time to relax as a Week 3 matchup with UTSA, the favorite to win the Conference USA title, awaits on Saturday. The Roadrunners are headed to Austin, Texas, and look more than ready to provide another tough nonconference challenge for Texas in front of its fans.

It’s not often that teams lose a game and jump into the AP Top 25 poll, but that’s exactly what happened to Texas this week. The Longhorns defense held then-No. 1 Alabama in check for nearly the entire game, and if it hadn’t been for starting quarterback Quinn Ewers leaving the game with injury and backup Hudson Card dealing with a nagging injury of his own, they could have pulled off a stunning upset. With Ewers out for at least a few weeks, the status of Card is something to monitor as kickoff against UTSA approaches.

Through the first two games of the season, the Roadrunners have done nothing but play in white-knuckle thrillers. UTSA has gone to overtime with Houston and Army with a loss to the former and a win over the latter. The Roadrunners could potentially make things interesting in Austin this weekend.

Here is how fans can tune into this intriguing in-state clash between the Longhorns and Roadrunners on Saturday.

How to watch Texas vs. UTSA live

Hudson Card, Texas QB: Card replaced Ewers in Texas’ loss to Alabama, and he had to battle through an ankle injury of his own. He played well enough to keep the Longhorns in the contest, but he was clearly hobbled. Considering Card plays well when he can move around, it will be interesting to see how well that ankle holds up in what will be a tricky test against UTSA. If the ankle is still limiting Card, this game has the potential to get interesting.

Frank Harris, UTSA QB: Harris is the engine that makes this Roadrunners offense go. Through two games, Harris has completed 68.2% of his passes for 696 yards, six touchdowns and just one interception. Harris also…