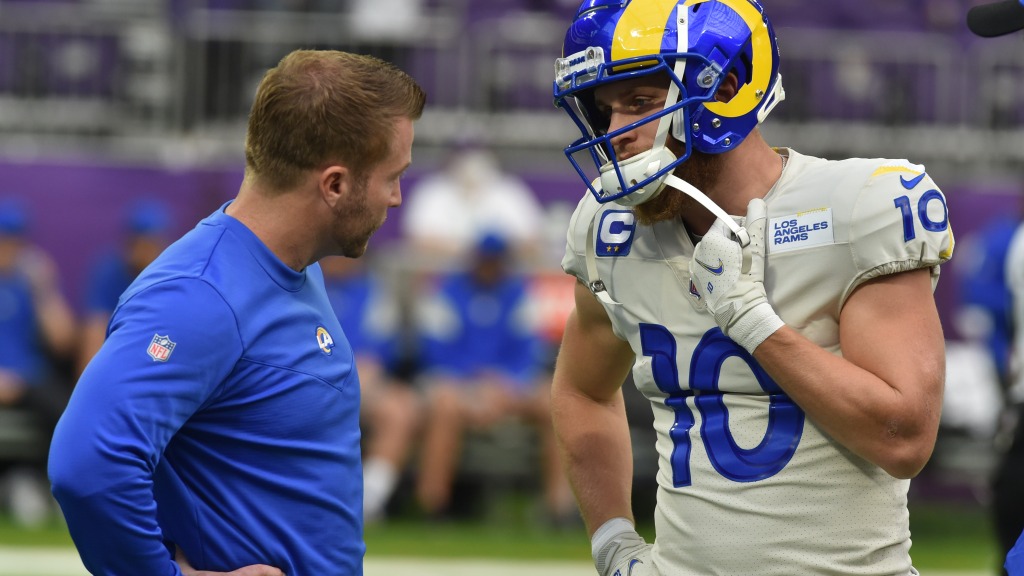 Despite getting embarrassed by the Buffalo Bills in the season opener last week, the Los Angeles Rams are still heavily favored to win in Week 2. Their upcoming opponent, the Atlanta Falcons, also lost their first game of the season, but that was only after blowing a 16-point fourth-quarter lead.

So why are the Rams such big favorites over the Falcons? Because they’re the more talented team and faced a much better opponent in Week 1. The betting line has moved slightly since it opened earlier this week.

According to Tipico Sportsbook, the Rams are now 9.5-point favorites over the Falcons after opening as 10.5-point favorites. That could be the result of the Rams’ injuries, with Van Jefferson and Brian Allen being out, and both Leonard Floyd and Joe Noteboom questionable.

Only the Broncos are favored by more points than the Rams this weekend, and they’re facing the Texans. The Bills, Packers and 49ers are all favored by 9.5 points, as well.