Vanderbilt Football | A Swann, a Sheppard and a DeKalb Day to Remember 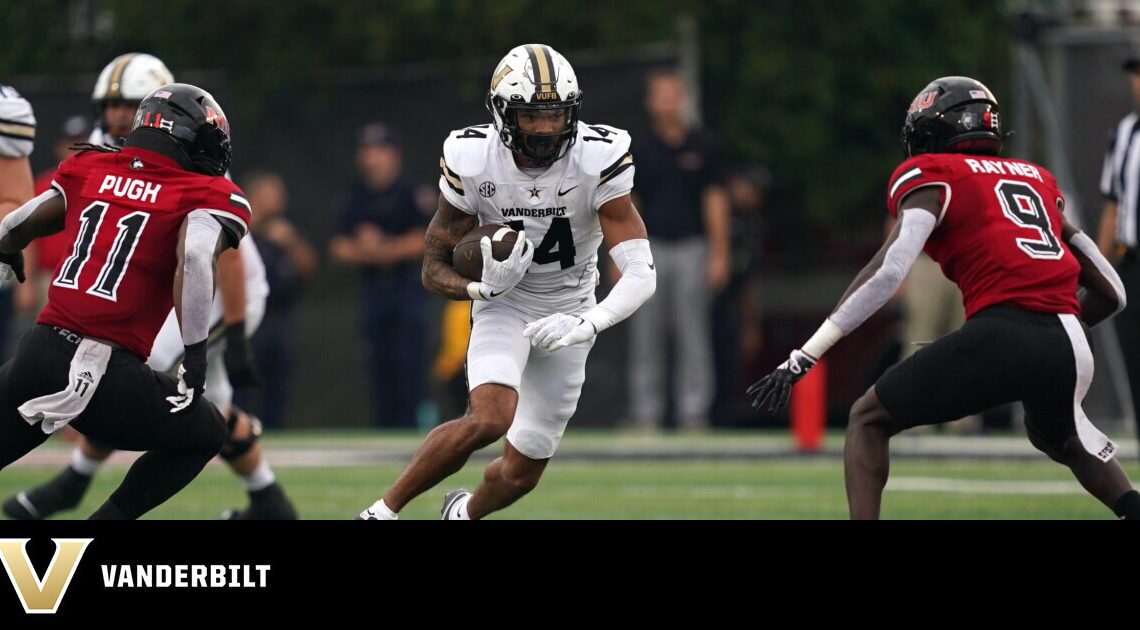 DEKALB, Ill. — Down 14 points in the third quarter Saturday, it looked liked Vanderbilt’s day in DeKalb was about to be awfully dark.

The Commodores, led by freshman quarterback AJ Swann and junior wide receiver Will Sheppard, scored 21 points in this than six minutes of game clock. Vandy’s seemingly porous defense bowed up and pitched a shutout the final 28:37 of the game.

“You saw we were down 14 and, I think, what everybody saw is that we just never give up,” Sheppard said. “Defense went out there and, they gave up that first touchdown in the second half, but after that they shut them down completely and they had a bunch of fourth-down stops, third-down stops and I think we just played Vanderbilt football in that second half.”

After Northern Illinois backup quarterback Ethan Hampton completed a 70-yard touchdown pass to Cole Tucker to put the Huskies up 28-14, the outcome looked as bleak as possible when the Commodores fumbled away their next possession on the Northern Illinois 26. But before the Vandy defense took the field, an on-field huddle during the timeout rallied the troops.

That unit allowed just 68 yards of total offense the rest of the way. It forced three punts. It stopped the Huskies twice on fourth down. And then De’Rickey Wright put an exclamation on the performance with an interception with 4:15 on the clock.

“There’s a moment there where you really feel the momentum of the game shifting and what we’ve talked about all week as a team is we had a chance a week ago against Wake Forest to play to a win, but when bad things happen they snowball. We have to be a team that can step onto the field and shift the energy of the play,” Vanderbilt head coach Clark Lea said. “We were able to do that.

“I’m really proud of the team for that. I think it represents growth. Doing it and doing it consistently are two different things. I thought a big part of that was our defense was stepping in after the turnover and delivering the first stop. Sometimes it’s that simple.”

On the other side of the ball, Swann and Sheppard and their offensive teammates put on a show.

Swann, a freshman making his first start, went 18-for-28 passing and…