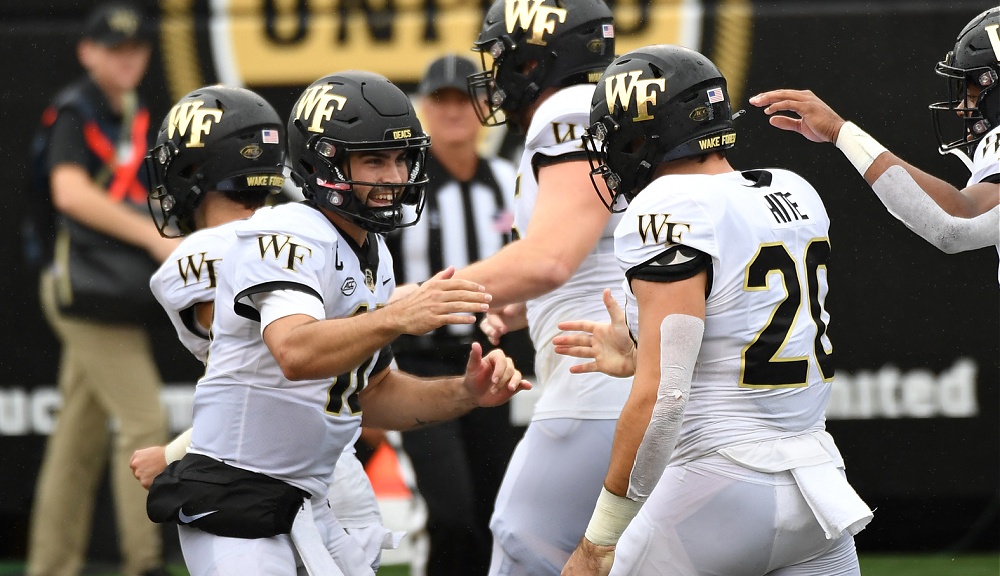 Wake Forest vs Liberty How To Watch

Why Liberty Will Win

It hasn’t been easy, but Liberty has somewhat quietly started 2-0 with nice wins over Southern Miss and UAB.

There isn’t the same explosion there was with Malik Willis under center, but the pass defense has been great, the nine takeaways have been massive, and the team is finding ways to win.

Wake Forest has been good over the first two games, but it isn’t generating a ton of defensive pressure, the offense hasn’t always been smooth, and it has to deal with a Flame defensive front that’s getting into the backfield.

As long as the takeaways continue, Liberty has a shot.

Why Wake Forest Will Win

Wake Forest star QB Sam Hartman only missed one game with a blood clotting issue, and he was more than fine in the win over Vanderbilt hitting 18-of-27 passes for 300 yards and four scores with a whole lot of downfield plays happening.

The Demon Deacons aren’t getting enough respect for a team that played in the ACC Championship last year, but to be fair, rolling up VMI and Vanderbilt isn’t that big a deal.

Even so, the offense is rolling, the defense didn’t allow 300 yards in either of the two games, and everything looks back on track offensively.

If the Wake Forest passing game is humming, Liberty can’t keep up.