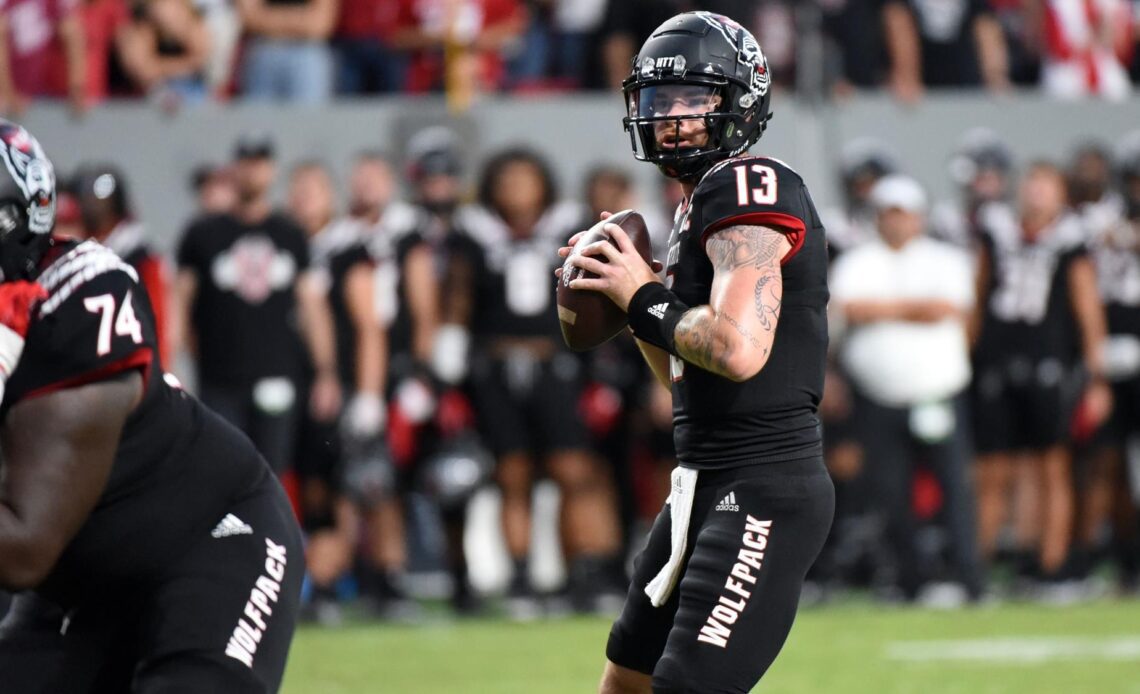 
RALEIGH, N.C. (AP) Aydan White returned one of his two interceptions 84 yards for a touchdown to lead a strong defensive effort that carried No. 16 NC State past Texas Tech, 27-14 on Saturday night.

Facing the Bowl Subdivision’s top passing offense, NC State’s veteran defense harassed quarterback Donovan Smith and shut down any ground game the Red Raiders tried to muster. The highlight was White’s fourth-down pick of Smith’s overthrown second-quarter ball, with White taking the interception down the left side with three teammates sprinting to escort him all the way to the end zone.

White also had a sack on a cornerback blitz, one of four for the Wolfpack (3-0). Jakeen Harris came up with a fourth-down interception near midfield with 8:38 left as Texas Tech (2-1) tried to make a late push.

The defensive effort offset a shaky day by the Wolfpack’s offense, which had its own troubles with stalled drives and score-negating mistakes. Demie Sumo-Karngbaye — who lost a sure TD catch when he was stripped near the goal line and fumbled out of the end zone — scored twice, the second on a 38-yard catch off a trick-play pass from Thayer Thomas for a 27-7 lead early in the fourth.

Smith ran and threw for scores to lead the Red Raiders, as his 3-yard keeper cut the deficit to 27-14. But after Texas Tech forced a three-and-out to get the ball back, Smith fired incomplete on three straight passes before Harris picked him off over the middle to keep the Wolfpack in…