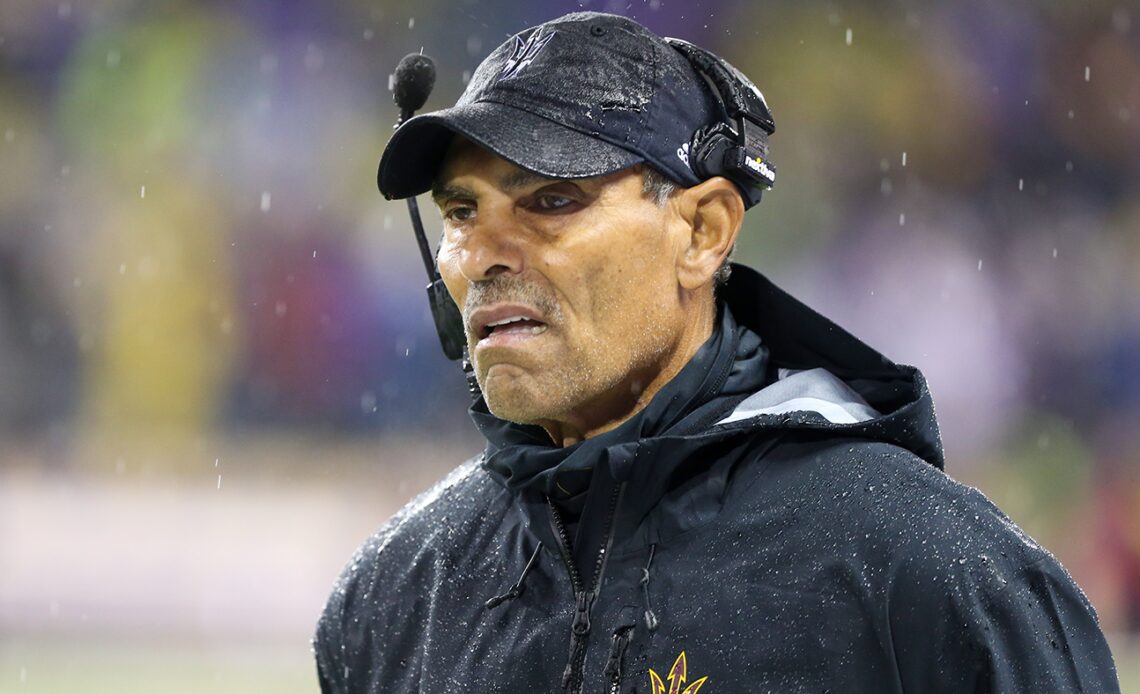 Arizona State and coach Herm Edwards chose to part ways Sunday less than 24 hours after the Sun Devils fell 30-21 to Eastern Michigan to continue an underwhelming 1-2 start in Edwards’ fifth season. Despite a 26-20 record that did not include a losing season, Edwards was embattled entering the 2022 campaign with Arizona State under NCAA investigation. The school did not announce who will takeover the program on an interim basis.

“We have made the decision to make a change in the leadership of our football program effective immediately. By mutual agreement, Coach Edwards and I have determined that he will relinquish duties as our head coach,” said Arizona State vice president of athletics Ray Anderson. “At the core of this is doing what is best for our current team, staff and university. I understand the frustrations out there. We must do better and that starts with our decision today.”

Edwards’ departure comes after Arizona State president Michael Crow publicly criticized the state of the program in a conversation with USA Today: “Like anything, when you’re in combat, you support your officers. And we’re in combat. But we’ll have to decide where we’re going from here and decide what the issues are and see where we’re headed.”

Hired as a “head coach who serves as CEO” overseeing what Arizona State referred to as an “NFL approach” to build a college football program, Edwards was placed in charge of a “New Leadership Model” that was supposed to utilize a “general manager structure” to take the team to new heights.

Instead, the Sun Devils were rather mediocre on the field finishing one game above .500 in their three full seasons under Edwards with a 1-2 record in bowl games. Edwards also created significant controversy off the field as the program stands accused of hosting prospects during the extended recruiting dead period enacted for safety reasons during the COVID-19 pandemic.

Crow expressed frustration with the slow pace that the investigation that began in June 2021 was moving.

“I know that we haven’t, out of my office, been very vocal about…