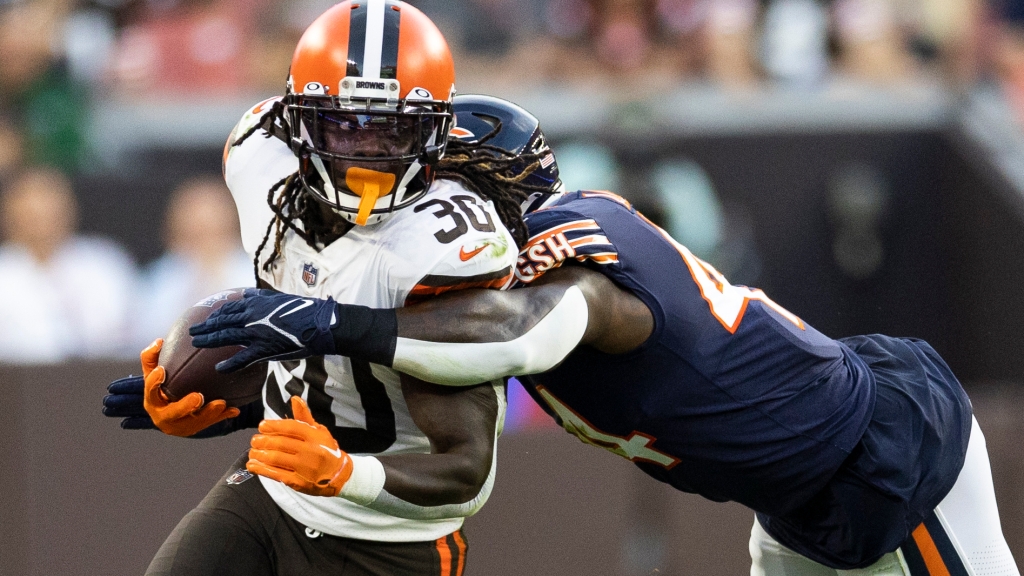 The Cleveland Browns announced their inactives ahead of their matchup against the New York Jets on Sunday morning. Among the players who will not see the field in Cleveland’s Week 2 tilt are some fan-favorite prospects, who will have to wait another week to make their impact on the Browns’ 2022 campaign.

A few players stand out in this group more than the others. Running back D’Ernest Johnson has shown flashes of excellence for Cleveland in the past, but the team has elected to deactivate him in this matchup. Much the same, tackle Jack Conklin is a promising young lineman with a bright future but was not selected to be a member of the game-day squad.

Defensive tackle Perrion Winfrey was held out of Friday’s practice for disciplinary reasons, so his absence may be an indication of his standing with the Browns organization heading into this important matchup.

Quarterback Kellen Mond, receiver Michael Woods II, and safety Richard LeCounte III face an uphill battle to see their names called at all this season unless injuries play a factor at their respective positions. Likewise, the deactivated tackles Hubbard and Conklin are victims of a particularly stacked offensive line and will need to prove they’re worthy of snaps before the team will decide to carry them on their Sunday roster.

There are no big surprises on this list, and as Cleveland prepares to face New York, they bring in a mostly-healthy roster that should have a good chance to emerge from this game the victors. The Jets will be starting veteran quarterback Joe Flacco on offense, and after an uninspired performance saw them lose their Week 1 scrap against the Ravens, New York will be hard-pressed to hang with the Browns this week.