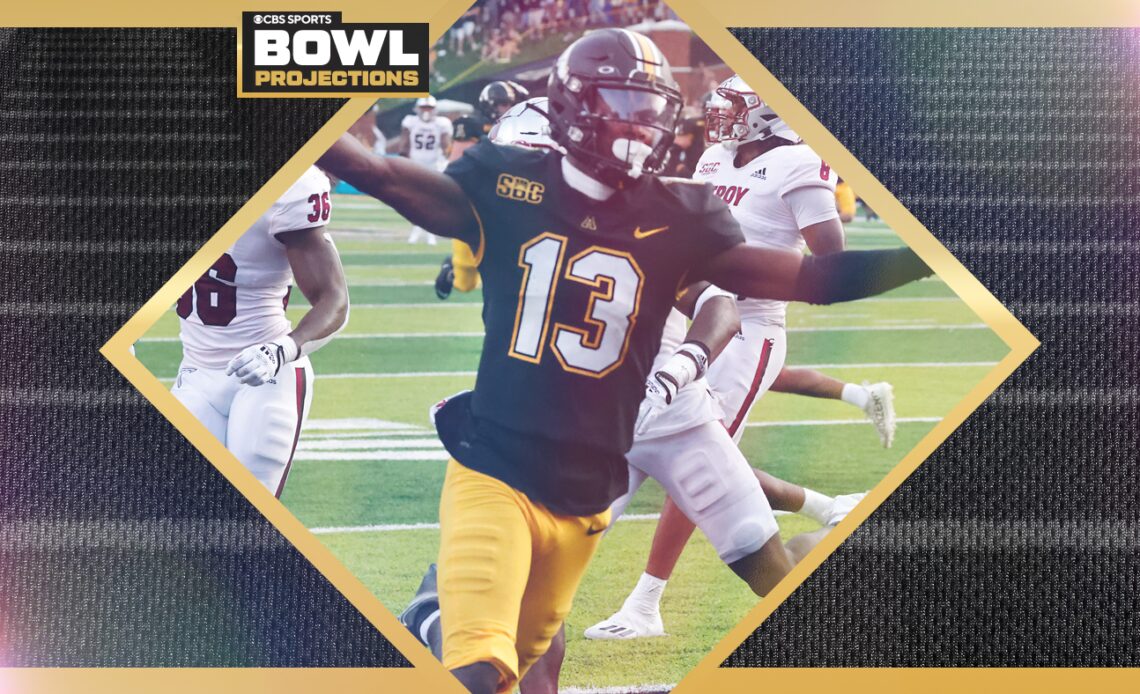 It was an easy week for the teams at the top of the college football rankings — and for most of the top 25 in general. The highest-ranked team to get a challenge this week was Arkansas, which needed a late rally to put away former Razorbacks coach Bobby Petrino’s Missouri State team.

Because of this, there is no change to the College Football Playoff projection, but there is one for the New Year’s Six. As good as last week was for the Sun Belt, the conference slid backwards this week. Marshall came out flat after the win at Notre Dame, losing to Bowling Green in overtime. Louisiana also lost at Rice, and Appalachian State needed a tip drill Hail Mary to beat Troy at home.

A win is a win, though, and App State replaces Marshall as the Group of Five representative in the Cotton Bowl.

As far as top 25 teams that lost this week, BYU and Miami each lost to lower-ranked opponents on the road, while Michigan State fell at soon-to-be-ranked Washington. BYU loss to Oregon basically eliminates the Cougars’ chances for a CFP bid. They still have a schedule that gives them an opportunity to play their way into the New Year’s Six; however, as an independent, BYU cannot qualify for the Group of Five spot, which goes to the highest-ranked conference champion among those leagues.

BYU’s only path to the New Year’s Six is as an at-large team, which is the same for every independent. As noted in previous columns, the only at-large spot in the New Year’s Six this season is in the Cotton Bowl. against the highest-ranked Group of Five champion.