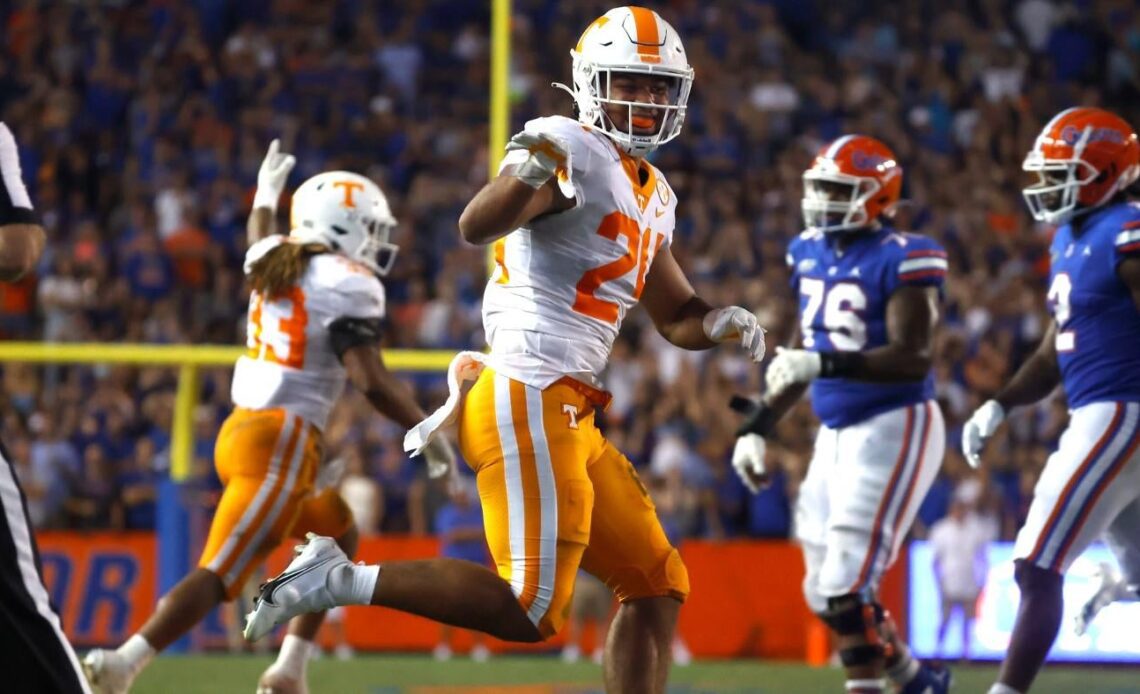 Week 4 of the college football season around the corner, and with it comes some very intriguing matchups headlined by a key SEC East battle on Rocky Top. No. 11 Tennessee will host No. 20 Florida in a rivalry game that could re-emerge as one of the biggest in the conference. The Volunteers are fresh off a dismantling of Akron, while the Gators narrowly escaped the clutches of South Florida in the Swamp on Saturday night.

Elsewhere, No. 5 Clemson will visit No. 21 Wake Forest in a key ACC Atlantic contest, No. 10 Arkansas and No. 23 Texas A&M will square off in a neutral site game at AT&T Stadium in Arlington, Texas, and Wisconsin will travel to No. 3 Ohio State in a cross-division showdown in the Big Ten.

Early point spreads have been released for the upcoming week. Let’s take a look at how oddsmakers have handicapped some of the biggest games of the weekend.

Wisconsin at No. 3 Ohio State (-17): The Buckeyes scored touchdowns — not points — TOUCHDOWNS on 11 of their 13 drives on Saturday vs. Toledo. They’ll welcome in a Badgers team that is founded in defense and winning the battle in the trenches. This is strength vs. strength matchup between two Big Ten teams that have conference title aspirations.

Maryland at No. 4 Michigan (-17): This battle of undefeated Big Ten West teams will fly under the radar, but it should be a good measuring stick for where both teams stand in the conference pecking order. If the Wolverines defense is able to stay hot against this Terrapins offense, it would be a huge statement for the defending conference champs.

No. 5 Clemson (-7.5) at No. 21 Wake Forest: This will be a battle of styles that could have a massive impact on the ACC Atlantic title race. This will be strength vs. strength as the potent Demon Deacons offense will square off against a Tigers defense that is loaded up front. It’ll be interesting to see if Tigers quarterback DJ Uiagalelei can keep up if Wake Forest signal-caller Sam Hartman turns this into a shootout.

No. 23 Texas A&M (-2.5) vs. No. 10 Arkansas (in Arlington, Texas): The Razorbacks needed a double-digit fourth quarter comeback to escape the clutches of FCS foe Missouri State and former Hogs coach Bobby Petrino. Tensions have calmed in College Station, Texas, after the Aggies held on to top Miami to improve to 2-1 on the year. This critical SEC West matchup will pay a big role…