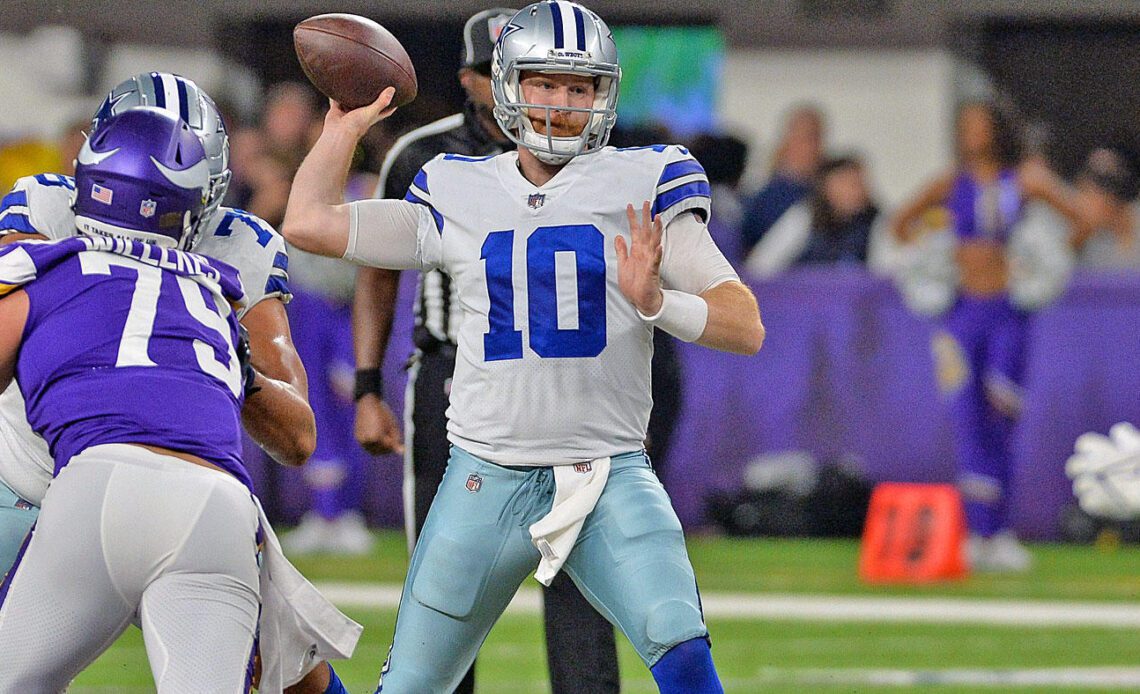 The Cowboys‘ season got ugly. Fast. And now Dallas will shift from its $160 million quarterback to a former undrafted free agent, Cooper Rush.

Before you think I’m disparaging Rush by reducing him to his former status as someone who was not drafted, I will gladly remind everyone that Rush, of Central Michigan fame, had a 300-yard passing performance in his sole start of 2021, which included a come-from-behind, game-winning touchdown throw with under two minutes to play, on the road, against the Vikings. For many, MACtion never leaves the soul, and Rush was a shining example in that contest.

Now, as the Cowboys long-term sub for the injured Dak Prescott, let’s jump into Rush’s showing against Minnesota to uncover indications of what Dallas has at quarterback for upcoming games against the Bengals, Giants, Commanders, Rams and potentially beyond.

When I was a kid, and my parents presented me with the “I have good news and bad news” proposition, I always — and I mean always — asked for the bad news first. Needed to get it out of the way. I’m following that philosophy with this assessment of Rush.

Before I begin, remember, this was the first career professional start for Rush. Even for many first-round quarterbacks, the speed of the game is initially overwhelming.

In the game against the Vikings, he was 30 of 47 (!) for 325 yards with two touchdowns and an interception. Despite those gaudy figures, there were some concerning trends that arose throughout.

He was late more often than what is considered ideal and didn’t always locate defenders who were roaming near but outside of his primary line of sight as he released the football. Like here on his interception, when he looked for the slot target aligned closest to the formation running down the seam. If he’s going to make that throw routinely, Rush must look to get rid of it as his wideout or tight end clears the linebackers at the second level. Not a full second afterward.

But he waited to see the open target, and at that juncture, it was too late. Safety Harrison Smith ranged to the middle of the field, tipped the pass, and it was intercepted by the other defender.

Now, if Rush had a hose, he could be more patient with the football. While not weak-armed by any stretch, Rush doesn’t possess the cannon needed to make that type of throw late on a regular basis.

Later, on a slant to the slot…