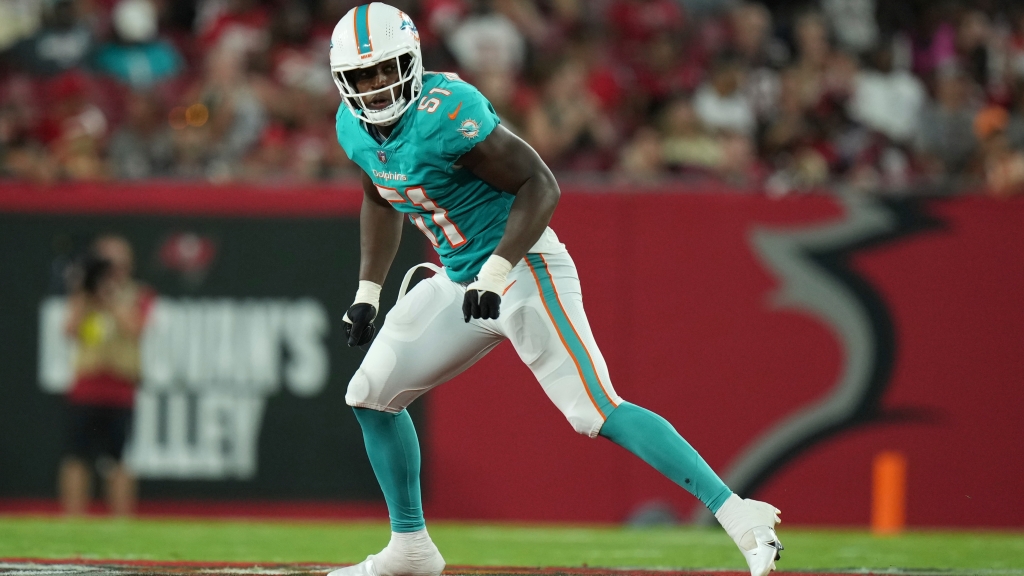 The Miami Dolphins are headed into this Sunday afternoon matchup with the Baltimore Ravens with a few players whose status for the game is up in the air.

According to Pro Football Network’s Adam Beasley, Miami has added linebacker Channing Tindall to that list, as he’s been listed as doubtful due to an illness.

The third-round pick out of Georgia was expected to take on a decent role at some point this season, but he started out playing just two special teams snaps in the season opener against the New England Patriots.

Miami will likely still have most of their other linebackers for this contest, with Andrew Van Ginkel getting more playing time, as he’s further removed from having his appendix taken out.