Final score prediction for Jets vs. Browns in Week 2 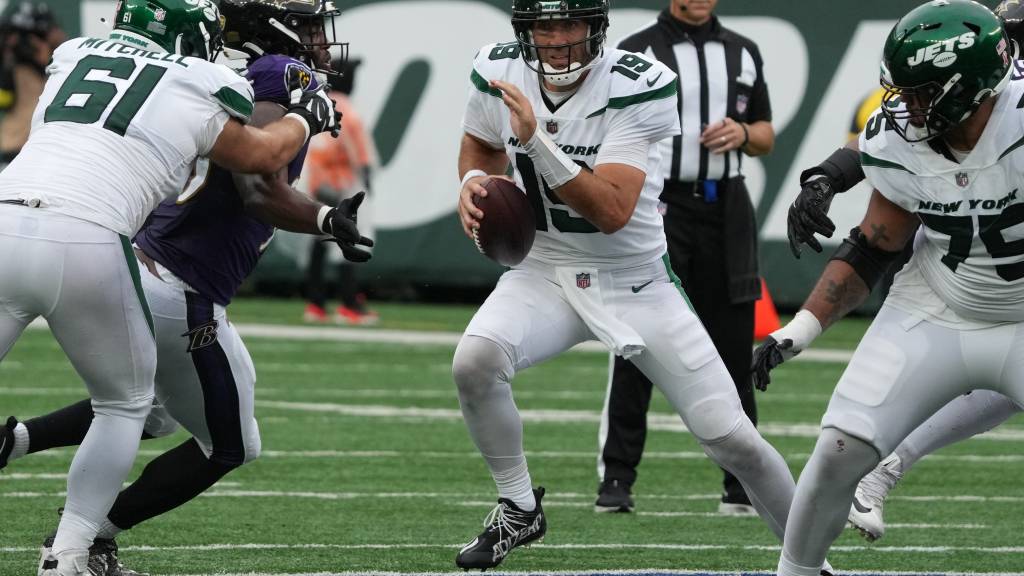 The Jets are set to take on the Cleveland Browns in Week 2 and are in search of their first win of the season. The Jets face a tough challenge in the excellent running back tandem of Nick Chubb and Kareem Hunt.

The good news is the Jets have shown early signs of a strong run defense, ranking No. 3 through one week of the season after holding the Baltimore Ravens to just 63 rushing yards in Week 1. They go up against the league’s No. 2 rushing attack from Week 1. Cleveland rushed for 217 yards in a 26-24 win over the Carolina Panthers. Chubb accounted for 141 of those 217 yards and Hunt added 46.

If the Jets can find a way to slow down the Browns’ ground game, they can force quarterback Jacoby Brissett to win the game with his arm, which certainly was not the reason Cleveland won in Week 1. Brissett was just 18/34 for 147 yards and a touchdown. New York can cause problems on Brissett with their front four, though they have to get through a very good Cleveland offensive line to get there, especially on the interior with guards Joel Bitonio and Wyatt Teller.

One note on Cleveland’s offensive line: Jack Conklin continues to work through a knee injury and is questionable for Sunday. If he can’t go, it would likely be James Hudson III again at right tackle.

New York’s cornerback duo of Sauce Gardner and D.J. Reed are already off to a strong start and look to continue against Amari Cooper and Donovan Peoples-Jones. Cleveland’s passing attack doesn’t exactly instill fear in opposing defenses. The Jets can match up with Cleveland’s receivers and limit what the Browns can do through the air. By the way, Reed was Pro Football Focus’ highest-graded cornerback in Week 1 and Gardner ranked No. 12.

On the flip side, the Jets face one of the best cornerbacks in the game in Cleveland’s Denzel Ward. It will be interesting to watch where the Browns line Ward up and which receiver he faces. Ward’s running mate is pretty good, too. In fact, rookie Martin Emerson Jr. was a top-20 graded cornerback from PFF in Week 1.

Then, of course, we can’t forget about Cleveland’s front seven against New York’s offensive line. New York struggled mightily to keep Joe Flacco clean in Week 1. Myles Garrett and Jadeveon Clowney had to be licking their chops watching film of the Jets. Also lurking in the middle is one of the best young linebackers in the game, Jeremiah Owusu-Koramoah. The Jets must do a better job of allowing Flacco to move the ball on…